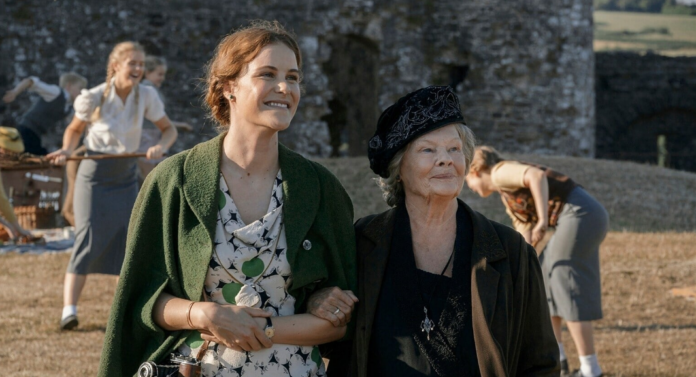 With the world on the brink of war, one man’s false accusation of murder at a boarding school encapsulates the fear and terror that is to come. Six Minutes to Midnight features a prestigious cast led by Eddie Izzard, Judi Dench, Carla Juri, Jim Broadbent, and James D’Arcy. It’s a passion project by Izzard, who not only leads but co-wrote the script with co-stars Celyn Jones and David Schofield. The film is directed by Andy Goddard, best known for episodes of Iron Fist, Carnival Row, and the John M. Brinnin biopic Set Fire to the Stars.

Here’s the synopsis: Based on true events from 1939, the film follows teacher Thomas Miller (Izzard) who has taken a last-minute and controversial role teaching English to the daughters of high-ranking Nazis at the Augusta-Victoria College, Bexhill-on-Sea – a finishing school on the south coast of England. Under the watchful eye of their headmistress Miss Rocholl (Dench), and her devout assistant Ilse Keller, the girls practice their English and learn how to represent the ideal of German womanhood. When the body of a former teacher is discovered, it triggers a sequence of deadly events and leaves Thomas running from the police with the threat of being hanged for murder.

The film opened in the UK last September after being delayed due to COVID-19. IFC Films will release Six Minutes to Midnight here in the US on March 26th.

Review: ‘Made In Italy’