Ordinary Love is bookended by long-married couple Tom (Liam Neeson) and Joan (Lesley Manville) walking for exercise in their Northern Ireland suburb. It’s such a normal thing, you can tell they’ve made it part of their routine, something they do together as they’ve done all things together for so long. It’s a sign of their deep affection and reliance on one another, and by the time we see them do it again, those walks will have come to mean so much more after a year of turmoil brought on by a cancer diagnosis.

First time screenwriter Owen McCafferty’s Ordinary Love is a beautiful, funny, and deeply intimate drama about two people faced with an uncertain future, one they never imagined could be without the other. For Tom and Joan, the gentle ribbing they give one another is the way they communicate; it’s become a part of who they are and how they show that everything is alright, even when it’s not. When Joan asks Tom to come and feel her breast, he responds with a characteristic sex joke. Only she’s not kidding around this time.  This is serious, something is wrong. 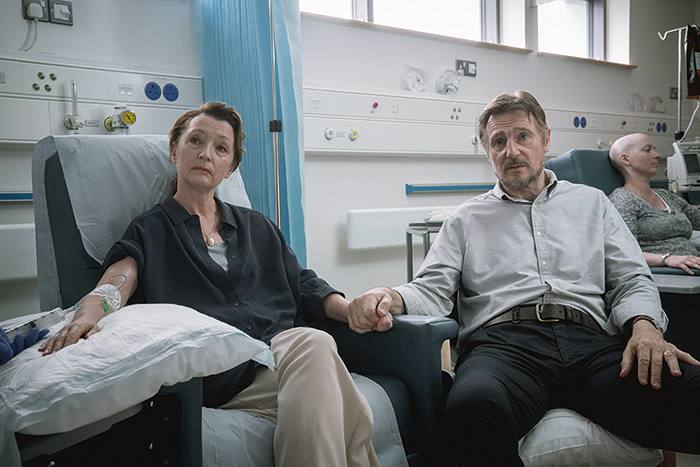 The broad strokes of Joan’s breast cancer diagnosis are largely skipped over by Good Vibrations directors Lisa Barros D’Sa
and husband Glenn Leyburn, and it’s for the better. We’ve seen all of that stuff before, anyway: the chemotherapy, the vomiting, the hair loss. The small details are what matter here; like the terrifying sound the machines make during a biopsy, the flash of anxiety that crosses Tom and Joan’s face the moment before a doctor’s update, the subtle smile that crosses their faces at the end of one of their many phony arguments, and the way Tom always offers tea as a means of smoothing things over.

These are the things that matter, and Ordinary Love obsesses over them, perhaps too much for some audiences. It can begin to feel like nothing is really happening because the pace is so slow, but this also gives wide berth for Neeson and Manville to fill those quiet spaces with the emotional complexity that comes with facing extraordinary adversity. Tom’s sense of humor is often what puts Joan at ease, it’s also a rare  source of conflict as he tries to keep life normal and she deals with the reality. This is one time they’ll need to take separate paths to get through the other side.  It should go without saying the performances are pitch-perfect and the chemistry between Neeson and Manville impeccable. When not beating people up, Neeson still strikes a stoic, imposing figure, and it hurts to see him when Tom finally breaks down in anguish. But this is Manville’s movie. She remains watchable as ever, an actress you never want to turn away from even as the camera holds on her face in a moment of silent distress. 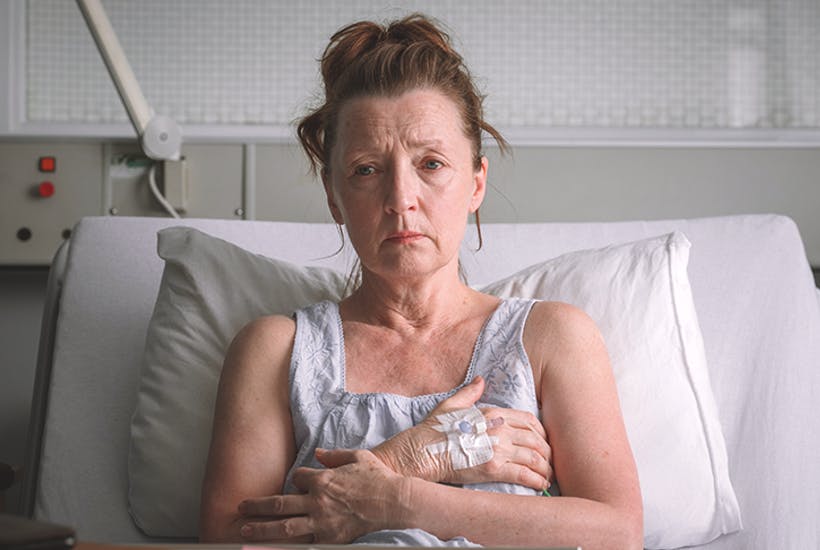 The dull blues and grays of hospitals brings a morose pallor, but is eventually forgiven with jokes about giving the bedroom a fresh splash of color. The movie’s real beauty, anyway, is the way Tom and Joan look at one another throughout. There are fears and anxieties which occasionally burst forth in anger, but the eyes show nothing but commitment, resiliency, and love. An ambient scored by David Holmes and Brian Irvine never holds our hand through the joys and pains, nor does McCafferty’s script fill in all of the blanks. We never learn the details of the death of Tom and Joan’s daughter, Debbie, some time in the past. All we need to know is that they, unlike so many couples in similarly tragic dramas, got through it stronger than ever. As prelude, it makes for a valuable lesson that life still waits for us on the other side of tragedy, and that life, even at its most mundane, can still be extraordinary.