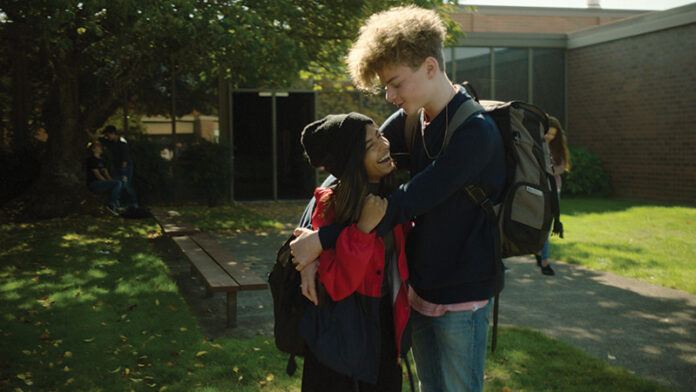 The new coming-of-age romance Young Hearts imperfectly captures what first love feels like. Touching, funny, and painfully realistic, the film brings the 21st century and Gen Z generation to the big screen in an honest  and realistic way. Produced by indie darlings The Duplass Brothers and co-directed by brother/sister duo Zachary Ray and Sarah Sherman (who also wrote the screenplay,

Set in modern day Portland, Tilly (Quinn Lieblin) lives across the street from his best friend Adam, a sophomore and his little sister, Harper, a freshman. As Harper starts to navigate high school, Tilly starts to see Harper in a different light. They gradually get together, causing riffs between friends and family. No one wants to see them as a couple, even though they work really well together and have healthy boundaries. In showing us how stable Tilly and Harper are together despite everyone in their lives opposing it, the Shermans create a subtle “us against the world” dynamic – which if you’ve ever been in relationship at that age, is what love feels like.

Playing our young ingenues are Quinn Liebling and Anjini Taneja Azhar, actual teenagers and not twenty-two-year-olds aged down. Azhar’s Harper feels like a modern heroine. She’s naïve and makes mistakes, but is socially aware and deeply cares about other people. It’s not a stretch to say Harper is a feminist who would be going to protests for racial equality. With modern politics louder than ever, it’s natural that stories depicting youth and childhood would have socially relevant themes. Liebling, who starred in the short-lived Netflix dramedy Everything Sucks, brings a subtle wokeness and masculine vulnerability to Tilly. Together they feel timeless and still very of this current moment.

Reminiscent of Bo Burnham’s Eighth Grade, Young Hearts treats these fourteen and fifteen year olds like actual kids and not poet laurates with niche hobbies. It doesn’t dumb them down either, bringing validity to their experiences. Azhar and Liebling’s performances seamlessly slip between mature and childlike, creating authenticity. Often films about high school focus on juniors and seniors, with actors a couple years older than the character they are supposed to play. By choosing of age actors, fourteen seems so young and dangerous to be having sex and smoking weed. It doesn’t romanticize or sexualize that age the way past teen comedies might of.

Maybe its meant to be ironic, but like being an actual teenager, the pacing moves at a snails pace. Even with an eighty minute runtime, the dramatics of that age group start to take its toll, making the last 15 minutes feel rushed.

Overall Young Hearts captures what its like to be a freshman in high school. The small everyday moments feel like devastating travesties when you are fourteen. If anything Young Hearts proves how vital and influential that time is in everyone’s life.

You can watch Young Hearts on VOD and in select theaters. Watch the trailer below. 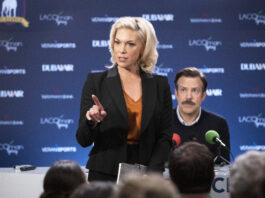 ‘Ted Lasso’ Interview: The Pre-Production Team Breaks Down How They Tackled... 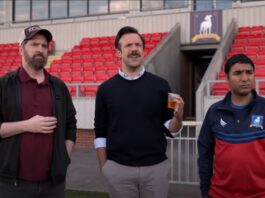 ‘Ted Lasso’ Interview: The Post-Production Team Discusses One Of The Show’s... 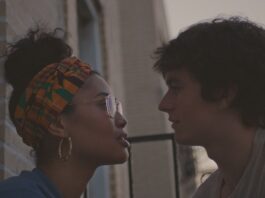