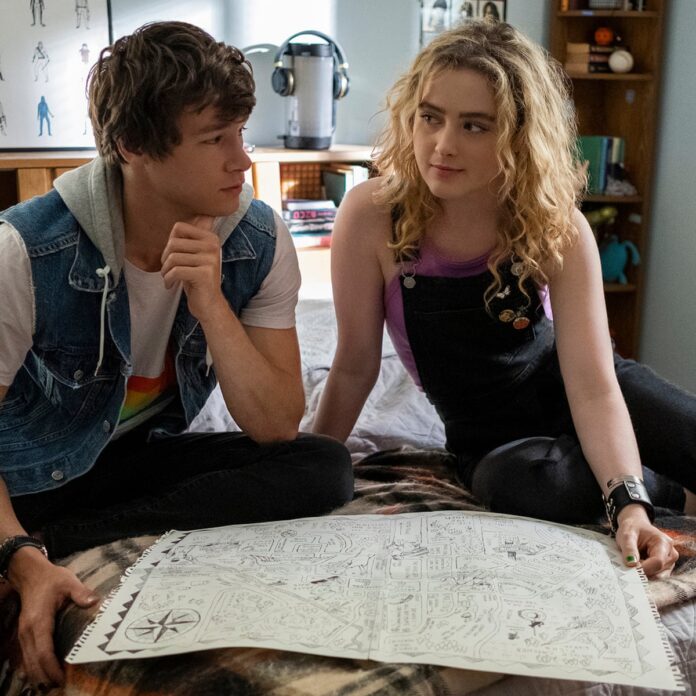 Mark (Kyle Allen) wakes up and goes about his day. Although everything is a mirror image of yesterday, and everything will be the exact same as tomorrow. Yes, ladies and gentlemen, we have another time loop movie in The Map Of Tiny Perfect Things. We have no idea how long Mark has been repeating this day, but he seems to know quite a bit of what is happening. From honing his drawing and tuba skills to helping people around town, Mark has seemingly done it all. The only problem is he’s experiencing this by himself, which can be lonely. That is until one day something is different. A new girl, Margaret (Kathryn Newton), breaks the routine and clearly sticks out like a sore thumb when doing so. It turns out that Margaret has also been stuck in the same time loop. 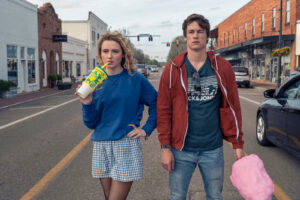 All of a sudden Mark is repeating the day with a cute girl that is the same age as him? Yeah, I think he’ll take that. Mark and Margaret start spending more time together – showing each other the great moments they’ve discovered happening throughout the day. That’s when an idea is born – they’ll make a map of the tiny perfect things happening all over town. In one fell swoop, we have a direction for the plot and a title to the movie! This seemingly lonely and empty situation Mark was in has done a 180. As he spends more time with Margaret, Mark’s feelings grow. Now Mark just has to decide if it is worth risking everything they have to take that next step. Break ups are bad enough, but being stuck with an ex for eternity may be a nightmare. 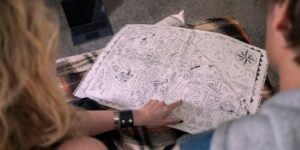 The interactions between Mark, Margaret, and his friend Henry (Jermaine Harris) are the highlights of The Map Of Tiny Perfect Things. The script features a decent amount of humor and is fairly witty. Allen and Newton do have some onscreen chemistry, which is difficult with Margaret being quirky and guarded. Writer Lev Grossman (who also penned the short story that the film is based on) shines in the simple moments – the most notable being When Mark and Henry are just shooting the shit. Mark picking Henry’s brain about all these hypotheticals with time loops and Henry just focusing on his video games. Grossman’s pop culture references are also spot on. The Map Of Tiny Perfect Things knows how to make fun of itself and it’s premise the perfect amount. A couple more Groundhog Day reference and it might have gotten old, but we get just the right amount. 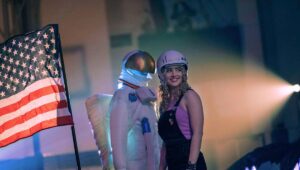 I’m honestly torn about The Map Of Tiny Perfect Things. On one hand, it was entertaining and ‘cute’ enough. Of course, things get a little weird, as they do with most movies dealing with time loops or time travel. You definitely need to suspend your disbelief, but you should know that going into it. It is also a great date movie choice with so much romance being in the air this Valentine’s Day weekend. On the other, it is an overdone premise that we’ve seen countless times, with those other instances being better films. When the dust settles – I don’t think The Map Of Tiny Perfect Things will have done enough to distinguish itself from other forgettable pseudo sci-fi/teen romances. If you’re just looking for an hour and a half of moderate entertainment and a bit of sappiness, The Map Of Tiny Perfect Things should be right up your alley.