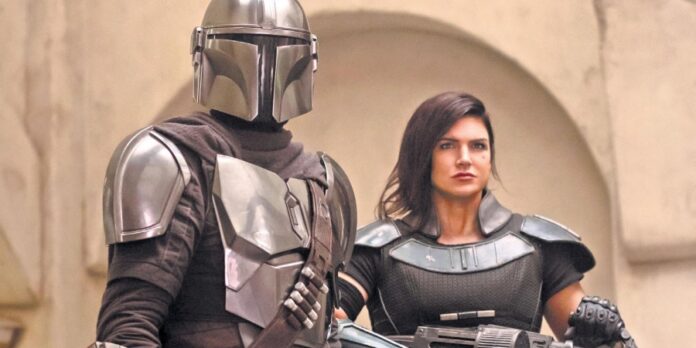 Well, Cara Dune is no more. Gina Carano just talked her way into getting fired by Lucasfilm and her role in The Mandalorian, after a 24hr stretch in which #fireGinaCarano was trending on Twitter due to an anti-Semitic Instagram post from her. It has since been deleted, but you can find screen grabs of it elsewhere. We will not be posting any of it, but it basically amounts to comparing her being a Republican to being a Jew during the Holocaust.

A press statement from Lucasfilm reads…

“Gina Carano is not currently employed by Lucasfilm and there are no plans for her to be in the future. Nevertheless, her social media posts denigrating people based on their cultural and religious identities are abhorrent and unacceptable.”

This is hardly the first time Carano has been in the news for inflammatory rhetoric on social media. She drew fire for anti-masking statements during the pandemic, and for airing falsehoods about the 2020 Presidential election being fraudulent, and for criticizing Black Lives Matter.  She also had a habit of knocking trans representation and pronoun usage.

There’s been a call from fans of The Mandalorian to have Carano removed for months, her recent comments were the straw that broke the camel’s back.

So we won’t be seeing Cara Dune on the next season of The Mandalorian, and while it was never confirmed, this spells doom for her showing up in new series Rangers of the Republic.

This is a Goddamn shame. Carano’s Cara Dune was not only my favorite character on the show, but I’ve long admired Carano as one of the most gifted action stars working today. She’s made it tough to keep liking her, though, that’s for sure, but even she had to know that referencing the Holocaust in any way was a quick way to unemployment.