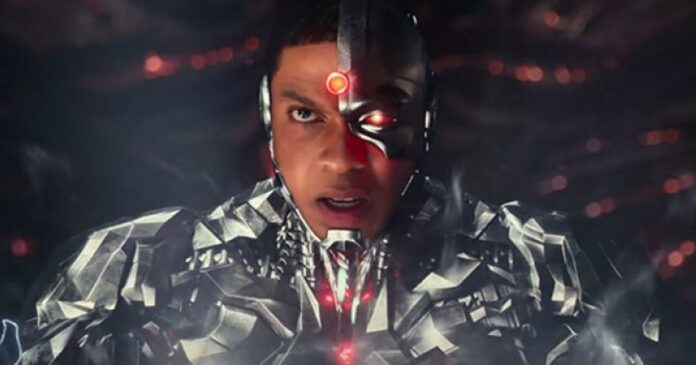 Warner Bros. would like Ray Fisher to please shut up and get on with his life. The Justice League actor has ratcheted up attacks on DC Films chief Walter Hamada in the wake of two stories. First, that Fisher’s Cyborg role in The Flash had been written out, and second, that Hamada had extended his contract through 2023. This seems to have fired up Fisher, and WB would really like him to pipe down.

Bridges between Fisher and WB have already been burned, after he labeled Hamada the “most dangerous kind of enabler” for allegedly allowing the on-set Justice League abuses that led to action being taken against Joss Whedon. Fisher’s constant attacks seem to have led to his dismissal from The Flash, although he disputes the particulars reported by TheWrap…

I strongly suggest that @TheWrap amend this article immediately.

While I appreciate the reporter’s undying desire to do @wbpictures and Walter Hamada’s bidding—it is factually inaccurate.

I did not publicly step down from anything.

Fisher continued, “If @wbpictures has made the decision to remove me from The Flash, rather than address, in any way, Walter Hamada tampering with the JL investigation—that’s on them,” he continued. “The idea of removing the role, rather than recasting it, is only being used to try to avoid public backlash…The fact is: the Justice League investigation led to @WarnerMedia (and it’s affiliates) parting ways with Joss Whedon. Geoff Johns will be following suit. Had Walter Hamada gotten his way, NONE of that would have been possible, and the cycle of abuse would’ve continued.”

Er, say what? Fisher is very much wrong on this score, at least so far. Not only has Hamada’s contract been extended, but Johns continues to be deeply involved in multiple DCEU projects, including the Stargirl series and the recent Wonder Woman 1984.  This might be all wishful thinking on Fisher’s part. He has been right about Whedon, who did step away from HBO series The Nevers. Any further action taken against Whedon has not been made public.

“The investigation was conducted by an outside law firm and led by a former federal judge,” said a WB spokesperson. “More than 80 people were interviewed. We have full confidence in its thoroughness and integrity, and remedial action has been taken. The investigation has concluded, and it is time to move on.”

By the looks of it, WB is done with this situation even if Fisher can’t let it go. There isn’t much on the table for him, either, other than Zack Snyder’s Justice League which will almost certainly be the last time he ever appears in a DC Comics movie again.