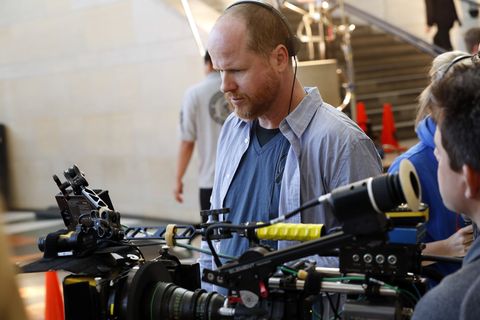 Have we just seen the first real fallout from the Joss Whedon/Ray Fisher dispute? One half of the equation says we have. THR reports Whedon has exited his supernatural HBO series The Nevers, and there are multiple versions of what happened, which means somebody is bullshittin’.

The report goes that Whedon has left his showrunner duties on The Nevers, a Victorian-era supernatural series that was in production for release on HBO next summer. So what happened? Well, that’s the thing. Fisher, who has been embroiled in a legal tussle with Whedon since he accused him of abusive behavior on the Justice League set, blames the investigation by WarnerMedia on his exit.

I have no intention of allowing Joss Whedon to use the old Hollywood tactic of “exiting”, “stepping down”, or “walking away” to cover for his terrible behavior.

WarnerMedia’s JL investigation has been in full swing for over 3 weeks now.

This is undoubtedly a result of it.

That may or not be the case, but HBO is part of WarnerMedia so it is at least possible.

Of course, Whedon and HBO have different ideas. Whedon wants his fans to know that the decision was his and his alone…

“This year of unprecedented challenges has impacted my life and perspective in ways I could never have imagined, and while developing and producing ‘The Nevers’ has been a joyful experience, I realize that the level of commitment required moving forward, combined with the physical challenges of making such a huge show during a global pandemic, is more than I can handle without the work beginning to suffer. I am genuinely exhausted, and am stepping back to martial my energy towards my own life, which is also at the brink of exciting change. I am deeply proud of the work we have done; I’m grateful to all my extraordinary cast and collaborators, and to HBO for the opportunity to shape yet another strange world. ‘The Nevers’ is a true labor of love, but after two plus years of labor, love is about all I have to offer. It will never fade.”

HBO’s statement is, I have to say, suspiciously brief. It also uses language that suggests the departure wasn’t mutual…

“We have parted ways with Joss Whedon. We remain excited about the future of ‘The Nevers’ and look forward to its premiere in the summer of 2021.”

So maybe there’s something to Fisher’s claim? I don’t know, but it sure seems like Whedon can’t keep a job lately, doesn’t it? Remember what happened with him and that Batgirl movie, which was also for WarnerMedia? In Hollywood it takes a lot of work to create coincidence. There’s a pattern emerging here when it comes to Whedon, that’s all I’m saying.