Home TV Netflix ‘We Can Be Heroes’ Trailer: Robert Rodriguez Introduces The Next Generation Of...
Facebook
Twitter 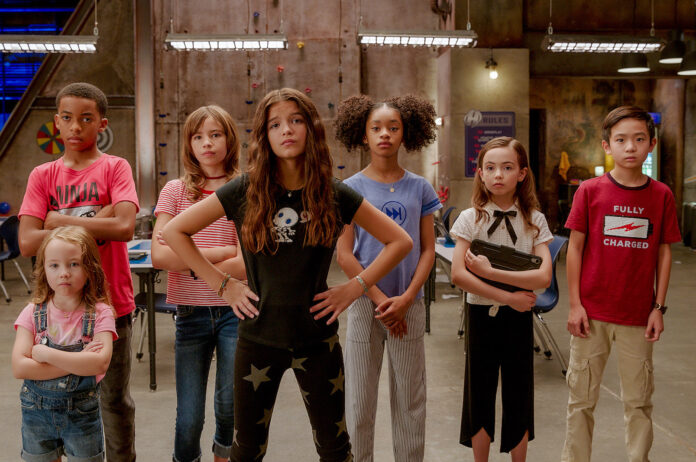 “At a time in the world when things were feeling less and less certain, there was one thing you could always count on. THE HEROICS!”

>sigh< Kinda makes you wish there were superheroes around to clean up our world right now. The first trailer for Robert Rodriguez’s kid-friendly superhero movie We Can Be Heroes has arrived, returning us to the same universe as his 2005 hit, Sharkboy and Lavagirl. And like that film, along with his epic Spy Kids franchise, Rodriguez is offering a light-hearted, action-packed adventure in which children get the spotlight. Of course, there are some big-name adults holding it down.

While Taylor Lautner isn’t returning to reprise his role as the adult Sharkboy, that part is now being played by J.J Denshaw, who only appears behind a mask in case Lautner decides he wants to act again. However, the original Lavagirl, Taylor Dooley, is back, joined by Pedro Pascal, Priyanka Chopra, Christian Slater, Boyd Holbrook, Sung Kang, and more.

The story finds the children of the world’s greatest superheroes, The Heroics, rising up and becoming heroes of their own when the adults are taken by aliens. Much of the attention goes to Missy Moreno (Yaya Gosselin), the daughter of Pascal’s character Marcus Moreno. We also meet Guppy (Vivien Lyra Blair), the daughter of Sharkboy and Lavagirl who rides on a metal shark and even has shark-strength, which some poor security guard finds out first-hand.

This looks like an absolute blast. We Can Be Heroes hits Netflix on January 1st 2021. What a fun way to ring in the New Year!