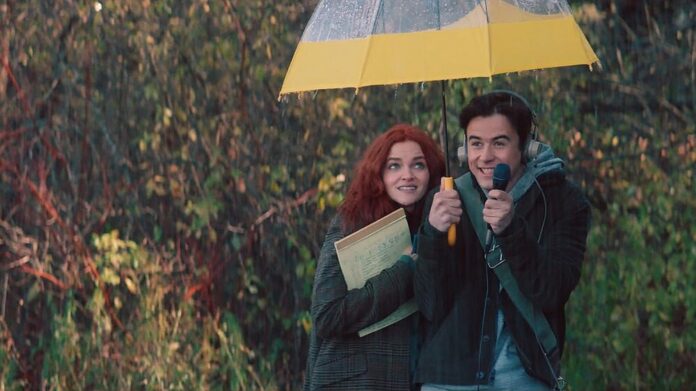 A bucket list is meant to be all of the things we want to do before we die, they even made a movie about it called, appropriately enough, The Bucket List. But what if you are losing one of your senses, and will never have the chance to experience certain things you have always loved. What would you do to retain the memory of what it was like before it all goes away? That’s the premise of Hulu’s original film, The Ultimate Playlist of Noise.

Starring Alita Battle Angel and Euphoria‘s Keean Johnson, the film follows an audio-loving high school senior who learns he must undergo a medical procedure that will render him deaf. But before that happens, he sets out to record all of his favorite sounds in the world, with the help of an aspiring musician played by Madeline Brewer, known for her scene-stealing portrayal on Hulu series The Handmaid’s Tale. Synergy at work.

After a number of short films, Bennett Lasseter makes his feature directing debut from a Mitchell Winkie script. What could hold this film back is the presence of Sound of Metal, a similar story that is getting a lot of buzz for star Riz Ahmed’s performance. But hopefully that won’t prevent people from checking out The Ultimate Playlist of Noise, as well, when it debuts on Hulu on January 15th 2021.

‘Separation’ Trailer: Feuding Parents And Nightmarish Puppets In New Horror From ‘The Devil Inside’ Director

‘We Summon The Darkness’ Trailer: Alexandra Daddario Shows Her Satanic Side