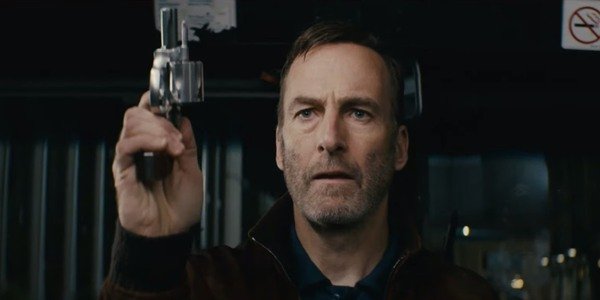 Remember how we all sorta slept on John Wick, thinking it would be just some throwaway action flick? Damn, we were wrong! And we can’t let that sort of thing happen again, right? Well, feast your eyes on the new trailer for Nobody, which not only has a ton of John Wick pedigree, but it stars Better Call Saul‘s Bob Odenkirk in a film that looks like it could be the next big action flick that punches us all in the face.

Odenkirk puts his Emmy-winning talents to the test, playing an average, everyday dude, a nobody in the game of life. When his home is broken into and he refuses to defend himself and his family in order to avoid further violence, they look at him with disappointment and disgust, triggering a violent response that unleashes a long-hidden brutal side.

So check out the people behind this because it should make action flick fans very happy. Hardcore Henry director Ilya Naishuller is behind the camera, working from a script by John Wick writer Derek Kolstad. And on board as one of the film’s producers is David Leitch, known for directing Deadpool 2, Atomic Blonde, and Hobbs & Shaw. Damn.

Also in the cast are Connie Nielsen, RZA, and Christopher Lloyd. What’s not to love?

When two thieves break into his suburban home one night, Hutch declines to defend himself or his family, hoping to prevent serious violence. His teenage son, Blake (Gage Munroe, The Shack), is disappointed in him and his wife, Becca (Connie Nielsen, Wonder Woman), seems to pull only further away. The aftermath of the incident strikes a match to Hutch’s long-simmering rage, triggering dormant instincts and propelling him on a brutal path that will surface dark secrets and lethal skills. In a barrage of fists, gunfire and squealing tires, Hutch must save his family from a dangerous adversary (famed Russian actor Aleksey Serebryakov, Amazon’s McMafia)—and ensure that he will never be underestimated as a nobody again.