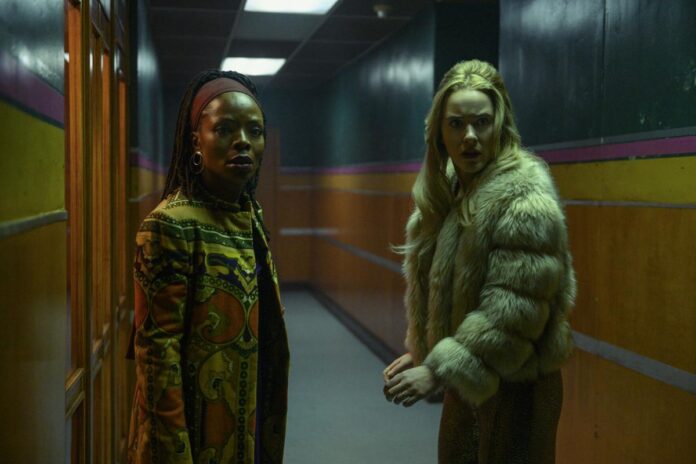 Diversity and representation have been at the forefront of Hollywood’s mind in recent years. Well, Julia Hart has put her money where her mouth is and wrote and directed I’m Your Woman, a 70s inspired crime film focusing on two demographics rarely covered in the genre: women and people of color.

Forced on the run when her mobster husband betrays his partner, Jean (Rachel Brosnahan) must fight for the survival of herself and her son. Left into the care of her husband’s former lackey, Cal (Arinzé Kene), Jean tries to uncover her family’s past when she finds it is already intertangled with another family. Nuanced and intricately plotted, I’m Your Woman is the genre-bending crime film Hollywood needs right now.

I had the chance to sit down and chat with Hart and the film’s stars Rachel Brosnahan, Arinzé Kene, and Marsha Stephanie Blake and chatted about 1970’s influences and references, releasing two movies in one year, and how one star fulfilled their childhood dream of car-jacking.

Watch the interview below. I’m Your Woman is available in theaters now, and Amazon Prime beginning December 11th.