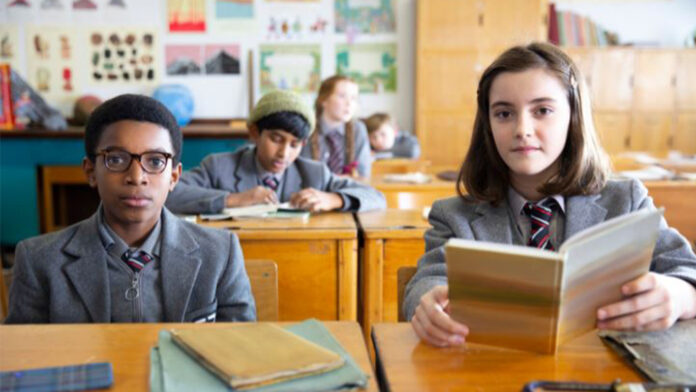 Steve McQueen’s Small Axe anthology has been a welcome treat during a time when the number of new films has severely dwindled. Each week we’ve been treated to a fresh project from the acclaimed filmmaker, each exploring London’s West Indian community over a period of decades.  It all has to come to an end sometime, sadly, and that will be with Education, which hits Amazon Prime on December 18th.

System racism in the education system gets tackled in McQueen’s dramatic finale, with the film centering on a brilliant but unruly black student who is unnecessarily transferred to a special education school.

SYNOPSIS: Education is the coming of age story of 12-year-old Kingsley, a boy with a fascination for astronauts and rockets. When Kingsley is called to the Headmaster’s office for disruptive classroom behavior, he is shocked to discover his transfer to a school for those with “special needs.” Distracted by working two jobs, his parents are unaware of what was an unofficial segregation policy at play, preventing many Black children from having the education they deserve until a group of West Indian women take matters into their own hands. Newcomer Kenyah Sandy stars opposite Sharlene Whyte (We Hunt Together, Casualty), Daniel Francis (Once Upon A Time, Homefront), Tamara Lawrance (The Long Song, Kindred), and Josette Simon (Wonder Woman, Silent Witness, Law & Order: UK). Education was co-written by Alastair Siddons and Steve McQueen.