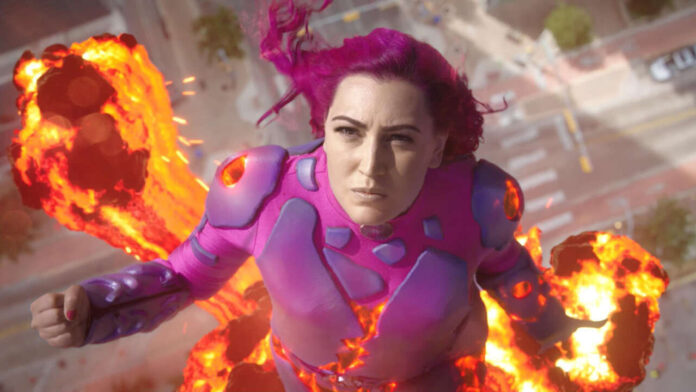 Robert Rodriguez is the rare case of a filmmaker who has extremely devoted fans who might be on opposite ends of the spectrum in terms of taste. You could be a fan of his more violent, grindhouse-style films such as Planet Terror, Machete, or Desperado. Or maybe it’s his family-friendly stuff, such as Spy Kids and Sharkboy and Lavagirl that does it for you. If it’s the latter, then his upcoming Netflix film We Can Be Heroes should be of interest.

Over the last few days we’ve been seeing a lot of images from We Can Be Heroes, a sorta-sequel to Sharkboy and Lavagirl that follows the children of Earth’s greatest superheroes as they band together to rescue their parents. The first footage has finally arrived in a brief teaser, which showcases the adult supes played by Pedro Pascal, Boyd Holbrook, Christian Slater, and more, along with Taylor Dooley who returns as Lavagirl and JJ Dashnaw as Sharkboy. Their daughter, who goes by the codename Guppy, is played by Vivien Lyra Blair.  Priyanka Chopra is Ms. Grenada, who looks to be the movie’s villain or just a really condescending grownup.

We Can Be Heroes hits Netflix on January 1st 2021!

SYNOPSIS: When alien invaders kidnap Earth’s superheroes, their children must team up and learn to work together if they want to save their parents and the world.

‘The Last Of Us’: Pedro Pascal And Bella Ramsey Are Joel And Ellie In HBO’s Series