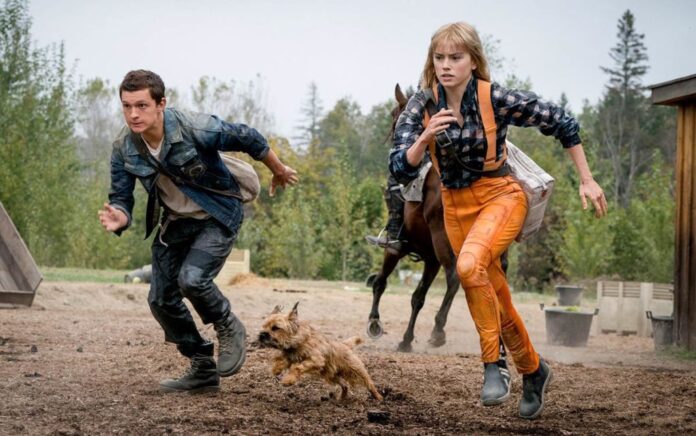 When Lionsgate first acquired the rights to adapt Patrick Ness’ Chaos Walking novels, the YA genre was…well, sorta still a thing? Not really, it was on the way down. But with Charlie Kaufman (I’m Thinking of Ending Things) on the script, Doug Liman (Edge of Tomorrow) behind the camera, and a cast led by Tom Holland and Daisy Ridley, there was every reason to believe this could still be a huge hit.

But that was nearly a decade ago, and we’re only just getting the first Chaos Walking trailer. Numerous headaches have hampered production, including multiple reshoots spurred on by poor test screenings. Evil Dead director Fede Alvarez was even brought in to help out, but because Holland and Ridley are so damn busy, reshoots with them had to be put on hold. It’s been a damn ride.

The film is set in a dystopian future (Aren’t they all?) and follows Todd Hewitt (Holland), a young man who uncovers Viola (Ridley), who has crash landed into his colony. It’s a place where all of the women are gone, killed by a mysterious virus, and all of the men are affected by “the Noise”, a force that takes the thoughts of all living things and puts them on display in a cascade of images. Viola is a cone of silence within the “noise”, and Todd vows to protect her and learn the truth of his people’s dark history.