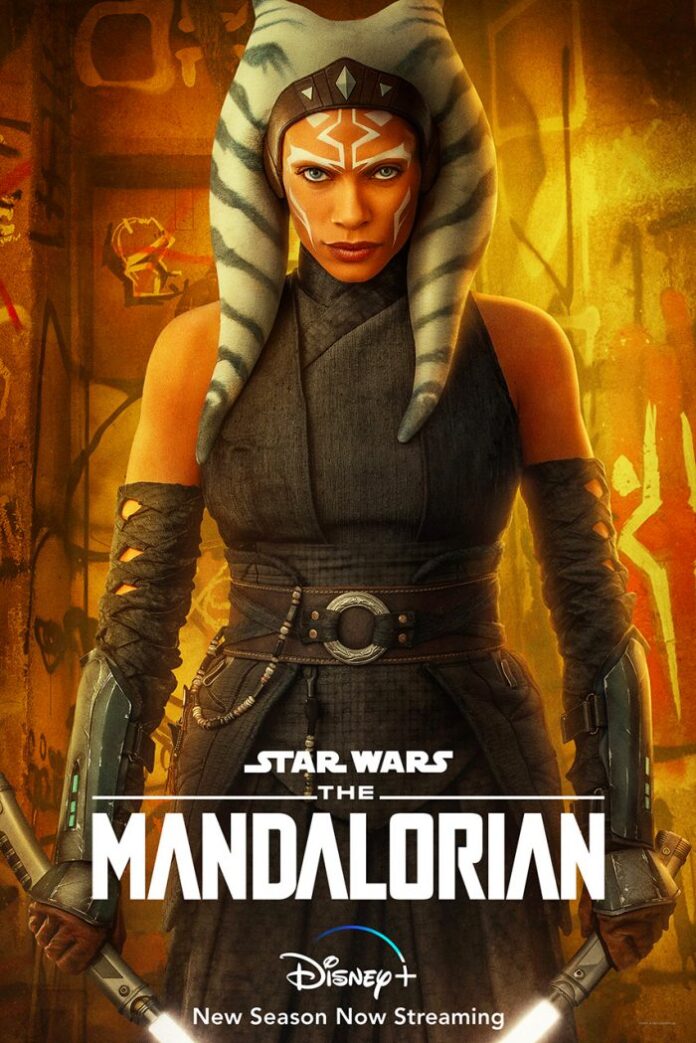 Secrets. The folks behind The Mandalorian are damn good at keeping them. For months they wouldn’t even confirm that Rosario Dawson was playing fan-favorite character, Ahsoka Tano, much less show us images of her in action. Well, that wall of secrecy came crumbling down with last week’s episode, aptly-titled “The Jedi” (which was awesome), and the response to Dawson in the role has been through the roof. And like other characters that have appeared this season, Ahsoka Tano has received her own poster.

The image shows Dawson as Ahsoka Tano, wielding her dual lightsabers and basically looking like the animated version come to life. The job Jon Favreau and Dave Filoni did in continuing her story, which fans have been following since The Clone Wars and Star Wars Rebels, is a true highlight of the series.

The funny thing is, Tano’s debut is just one of MANY gigantic reveals in that episode. We also learned a great deal about The Child…er, Baby Yoda….er, Grogu. While that name is going to take us some getting used to, Filoni tells Vanity Fair it has actually been around for quite a while, and wasn’t something they just thought of on the fly…

“The name has been around for a while. Jon [Favreau] told me early on in Season 1 what it would be, which made me start to think about how people could learn the name. This gave me the idea that Ahsoka, who is very compassionate, would be able to connect with the child, and that without words they could probably communicate through memories and experiences. Through that connection, she learns the name and then tells Mando and the audience.” 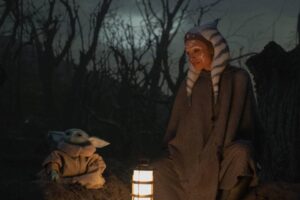 The timing of Ahsoka’s appearance and the many Grogu revelations is no coincidence either, as the long-hidden Jedi is a key link to others of his kind, namely Yoda and Yaddle…

“I thought one of the most compelling things about introducing Ahsoka is that she is one of the few, few people that we could encounter in a story and she would say, ‘All right. I met someone like him. I’ve only ever seen one other being like this.’ I had to stop myself from doing something ridiculous like have her say, ‘Is that a Yoda baby?’ It almost demands to be said.”

Only three episodes of The Mandalorian remain in season 2, which concludes on December 18th.