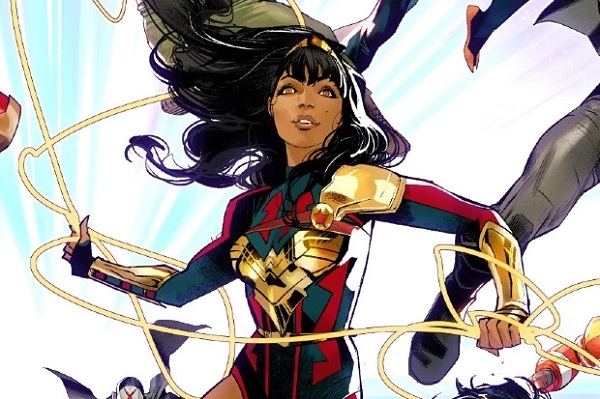 Some folks thought that just because Arrow came to an end this year and Supergirl ending next year (as well as the main lead shakeup at Batwoman), that the CW is getting out of the superhero business.  That couldn’t be further from the truth.  We still have The Flash, DC’s Legends of Tomorrow, Black Lightning, Batwoman as well as newcomer Superman & Lois.  And now it looks like the DC CW’s superhero stable is growing even more.

Deadline reports that Dailyn Rodriguez (showrunner of USA’s ever so awesome Queen of the South) is teaming up with Greg Berlanti to create a Wonder Girl TV series that will be featured in the Arrowverse.  While comic book fans know Donna Troy (who was also featured on DC Universe/HBO Max’s Titans), this version of Wonder Girl will be Yara Flor, who has yet to make even her comic book debut as the newest version of Wonder Woman (she will be introduced this coming January in DC Comics’ “Future State: Wonder Woman” comic ).  Yara is a Latina Dreamer who is the child of an Amazon warrior and a Brazilian River God who will learn of her powers as she is tested to defend Themyscira in the absence of Wonder Woman.

Currently, there is no one cast for the titular role as of yet, but once again, the Arrowverse has another first on their belt and they continue to increase diversity for the genre.  While Marvel’s Agents of SHIELD and featured Latino/Latina superheroes (Ghost Rider and Yo-Yo Rodriguez), Wonder Girl will be the first superhero show led by a Latina character and promises to tackle many interesting and sensitive issues as many of the Arrowverse shows have in the past.  In addition, we will be getting a possible small-screen look at the world of Themyscira and the Amazons.  While Donna Troy will still probably be on HBO Max’s Titans, fingers are crossed for a possible crossover and show them kicking butt together!