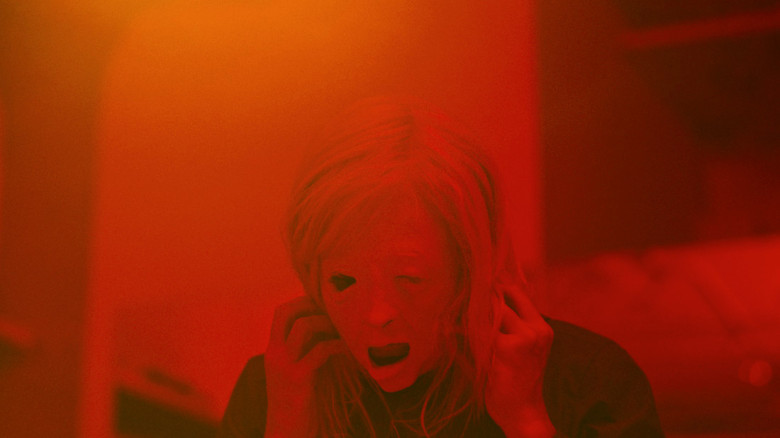 Tasya Vos. The name sounds like someone from a Bond movie. That’s not too far off. Vos (Andrea Riseborough) is a corporate mercenary, but not a typical one. Using futuristic tech provided by her employer, a biotech company run by a former assassin-turned-psychoanalyst (Jennifer Jason Leigh), Vos takes possession of a person’s mind and body in order to kill a target. This way Vos and her bosses keep their hands clean, but the psychological impact is what Possessor, a savage sophomore effort from Brandon Cronenberg, is more interested in exploring.

This is the year of Sundance’s 2012 whiz kids suddenly reemerging, and Cronenberg is another. He freaked out the Park City crowd with his debut feature, Antiviral, a grotesque body horror that drew comparisons to the work of his legendary father, David Cronenberg.  Possessor, which deals with a parasitic relationship that turns monstrous, is a thing of unrelenting violence. The gore is on another level here, but the twisted psychology at its core makes it all the more disturbing. 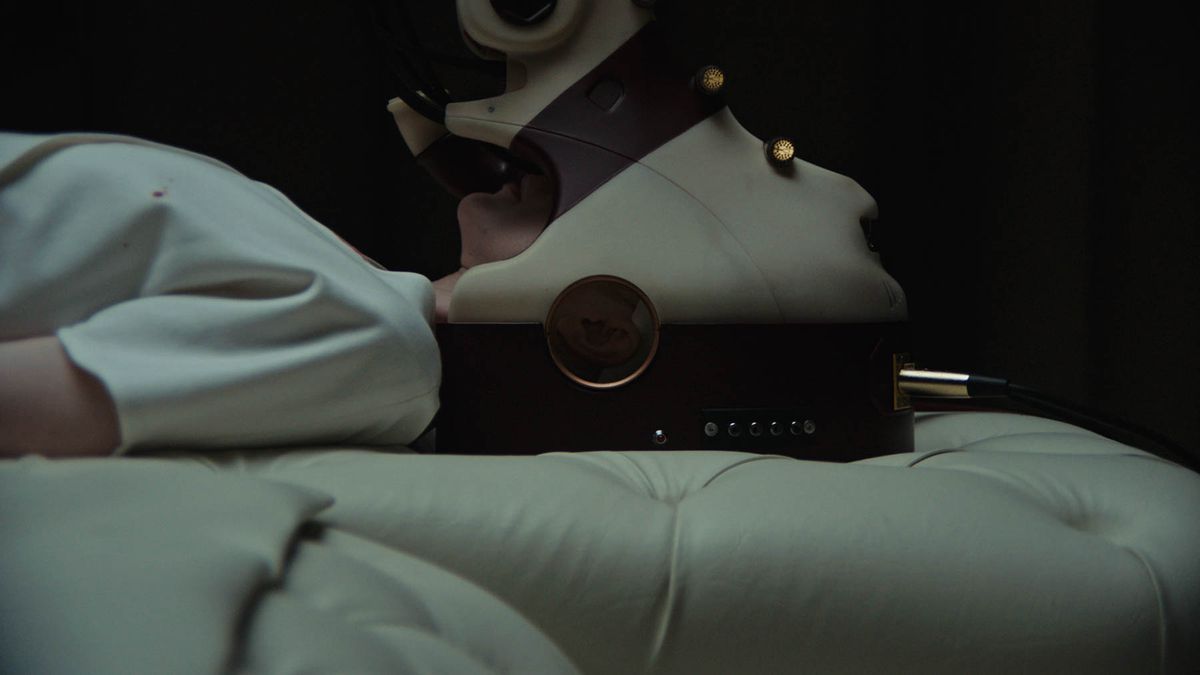 It’s unclear how many there were before her, but Vos is top of the class in her chosen profession. We don’t even know she’s there, in the body of a young black woman, as she slits a man’s throat in public then forces the host to commit suicide-by-cop. Vos is the best, but she’s beginning to break down. She needs a break, and attempts an easygoing visit with her estranged husband and son. Vos has spent so much time inhabiting other people she’s forgotten how to be herself. We see her practicing simple greetings and common sayings, replicating human interaction as if she’s an alien from another planet.

Vos can’t get away from domesticity fast enough, and takes on a lucrative new assignment. She’s tasked with occupying the body of Colin (Christopher Abbott), the future son-in-law to a wealthy, powerful tech mogul (Sean Bean). The plan is to have Colin kill enough people in the family so that another can inherit everything, and Vos’s bosses also get a share of the company in stocks. 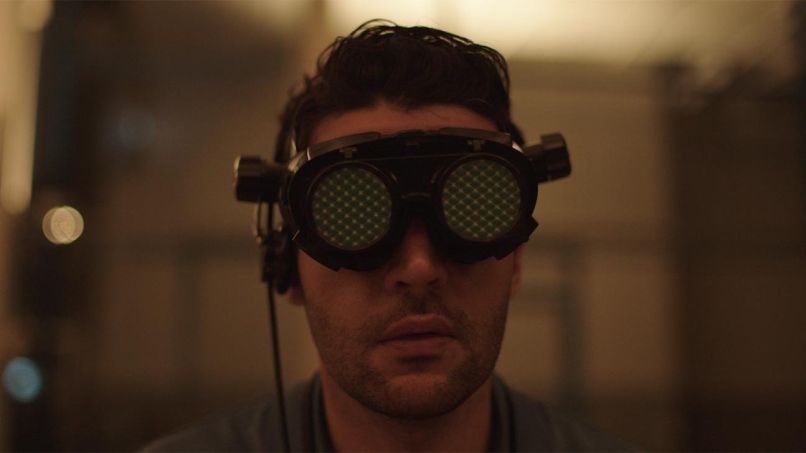 Voyeurism and privacy play a huge role in Possessor, but Cronenberg could’ve done so much more with it. We see Vos training for her mission by studying Colin, copying his mannerisms, and statements. On the other side, Colin’s job is intruding into the lives of unsuspecting people, watching them through live video feeds so he can transmit the products they use for future marketing purposes.  Like an episode of Black Mirror, technology is something to be feared; it breaks down the walls of our security, leaving us helpless victims to those with malicious intent.  In an ironic twist, Colin and Vos’s careers mirror one another.

Jumping into Colin’s mind proves to be a destabilizing force, not just for Vos but for her host. Cronenberg depicts the psychotic break, the tug-of-war for control between them in a series of strobing images, one more unnerving than the rest. We’re never quite sure who’s in control at the moment, but the results remain the same, suggesting humanity’s inherently violent nature. Nightmarish violence that isn’t for the weak of stomach. Cronenberg doesn’t shy away from the graphic nature of it; scenes of gaping bullet wounds, throats slit like a knife through warm grease fat, eyes and teeth gouged, spilling pools of blood everywhere. The sounds are even worse. Good luck getting the sound of a body being hacked apart out of your head. Nobody is spared; men, women, children, it doesn’t matter. There’s nothing over-the-top about any of it. What’s most chilling is how matter-of-fact it is, seen in unavoidable close-ups. There’s no hiding from what murder looks like, what it does to a human body. 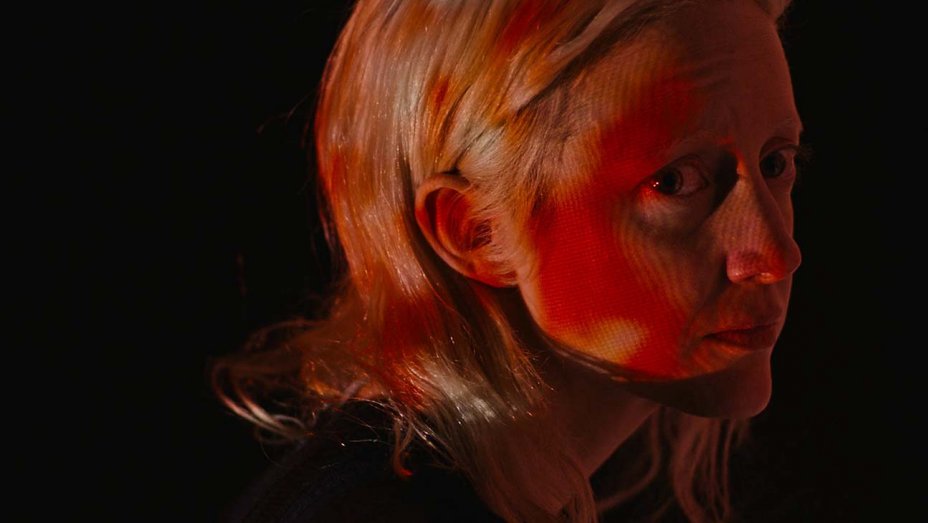 Between the barbarity is where the push/pull between Vos and Colin is brought to life through difficult performances by Riseborough and Abbott. Riseborough’s Vos is the more brittle of the two, as the assassin begins to lose track of herself. Abbott, whose dark eyes always hint at a shadowy presence, shifts from vacant to ferociously unhinged. What’s more, Abbott and Riseborough must also mimic one another’s roles, a tough feat that they pull off successfully, aided by Cronenberg’s frenetic editing and ambient score by Jim Williams.

Cronenberg could’ve taken the concept much further, which can be frustrating, but there’s no denying Possessor is another accomplished work that finds him moving out from his father’s shadow. That’s if it doesn’t take another eight years to see what he does next.