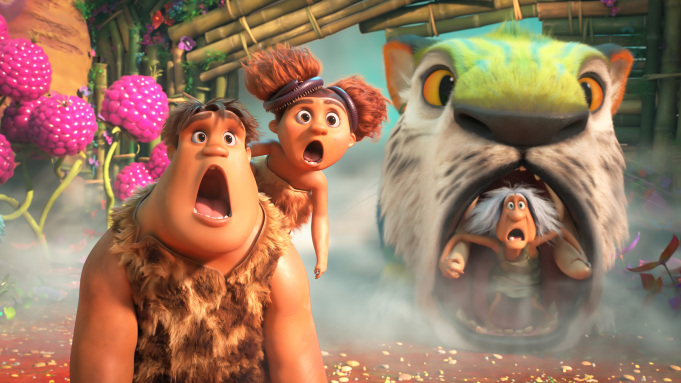 What constitutes a “hit” is different now during pandemic than just a year ago, and Universal may have one on their hands with The Croods: A New Age. The Dreamworks Animation sequel took home a 5-day Thanksgiving total of $14.2M, which when combined with $20.8M internationally, amounts to a $35M debut.

While those numbers are tiny by usual standards, in the era of COVID-19 there’s cause to pop some champagne. The 3-day $9.7M total is the biggest since theaters reopened, even besting the $9.3M launch of Tenet during Labor Day.

By analyst accounts, Universal put a little something extra into the marketing for this one, about $26.5M, which may account for the bump. The $65M-budgeted film could still turn out to be one of 2020’s rare success stories when all is said and done, and the numbers for its PVOD launch next month are accounted for.

The coronavirus was just part of the three years of delays the film has faced. It was originally due to open in November 2017 before being pushed back a month. Universal finally decided to get serious and moved its date to September 18th 2020. Contrary to other potential blockbusters that fled to 2021, The Croods 2 mostly stayed put and targeted Thanksgiving week.

The film stars the voices of Leslie Mann, Kelly Marie Tran, Ryan Reynolds, Nicolas Cage, Peter Dinklage, Clark Duke, and Emma Stone. It is a sequel to 2013’s The Croods, which scored a monster $587M and launched a multimedia franchise.