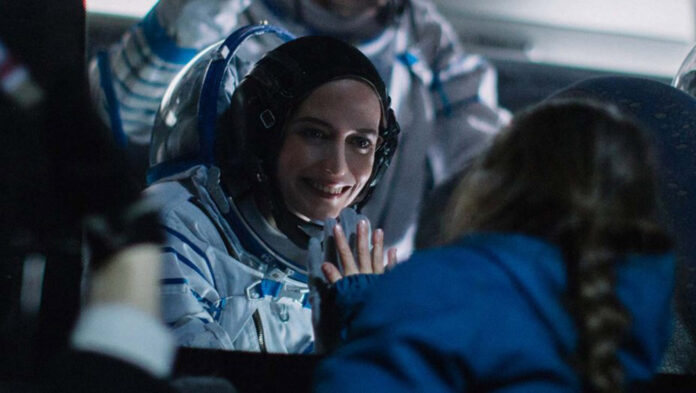 The last couple of years have seen a surprising amount of interest in stories about female astronauts, almost like a response to the dearth of movies about males carrying their hefty emotional baggage into outer space. But with Lucy in the Sky, the Netflix series Away, and now Alice Winocour’s moving earthbound drama Proxima, motherhood is explored in a space as vast as the one between our planet and the stars. Led by another stellar performance by Eva Green, it’s a film that manages to soar while staying well within our atmosphere.

Proxima isn’t some adventure story or sci-fi thriller that just happens to have a female protagonist. Winokour’s third feature is told from the female perspective and encompasses issues unique to women, including what it means to excel in a field dominated by men. Green plays Sarah Louveau, who is set to leave her young daughter Stella (Zélie Boulant) behind on Earth when she’s chosen for a year-long mission aboard a space station to Mars. This is a once-in-a-lifetime opportunity, especially for women, and Sarah jumps at the opportunity. But it also means separating from Stella, who rely on one another deeply, and leave her in the care of her father (Lars Eidinger), who isn’t quite as attentive.

Winocour, who also wrote the script, wisely keeps the drama as grounded as possible, focusing it largely on Sarah’s grueling training regiment prior to launch. The suggestion, an accurate one, is that simply doing the hard physical work to reach one’s dreams isn’t enough. The sacrifice goes well beyond that, and that is what Sarah must weigh as Stella struggles to cope with the distance from her mother. It’s communication that Stella needs, and there’s a disconnect that wasn’t there before. Sarah is French, and her ex-husband German, but Stella speaks French exclusively with her mother. It’s like their own little love language. But with the separation, Stella starts to pull away from the thing that has always bound them together.

“No”, Stella says flatly during a phone call when her mother begs her to speak French and not German. It’s a powerful, heart-rending moment between mother and daughter that makes you wonder if things are this discordent now, how will they be when Sarah actually leaves? The girl begins taking up other forms of communication, such as sign language, not to talk with her mother but with the neighbor kids she’s met.

Facing public scrutiny for her parenting the way no man ever has to, Sarah also has to deal with feeling like a bad mother when her focus needs to be on training. Proxima doesn’t shy away from the realities that someone like Sarah would have to face, from the physical limitations to the misogenist attitude of her American colleague Mike (Matt Dillon, always the prototypical a-hole American dude in these foreign dramas), who sees her motherhood as a limitation when his own fatherhood is just accepted as part of the package.

While there are other characters providing solid supporting work, most notably Toni Erdmann star Sandra Hüller as Stella’s company caretaker, this film belongs to Green and Boulant, who depicts with elegance and depth the bond between mother and child. Green really is the perfect choice. There’s a tendency to cast her in roles that demand a certain coldness, or in the case of Tim Burton films an innate malevolence. But here, she’s torn between displays of femininity, which would be perceived as weakness, and giving herself completely over and becoming someone else entirely.

“I’m becoming a space person,” Sarah says in a letter at one point.  “I let space invade me.”

Winocour values simplicity over the excess that a space drama like this might have demanded elsewhere. It feels like a European endeavor, valuing authenticity in production and performance above all else. To that end, filming locations included the European Space Agency facility in Cologne, along with the cosmonaut training center at Star City in Russia.

Details about Sarah’s past are left unexplored, and one can’t help but wish there was more time to reveal the woman inside the flight suit. She is either Sarah the mother or Sarah the astronaut, and nothing else in-between. But what we do get is enough for a fascinating, heartfelt look at what is truly left behind on a journey of such epic magnitude. It’s not just the planet Earth fading into the distance, but the people we love, as well.