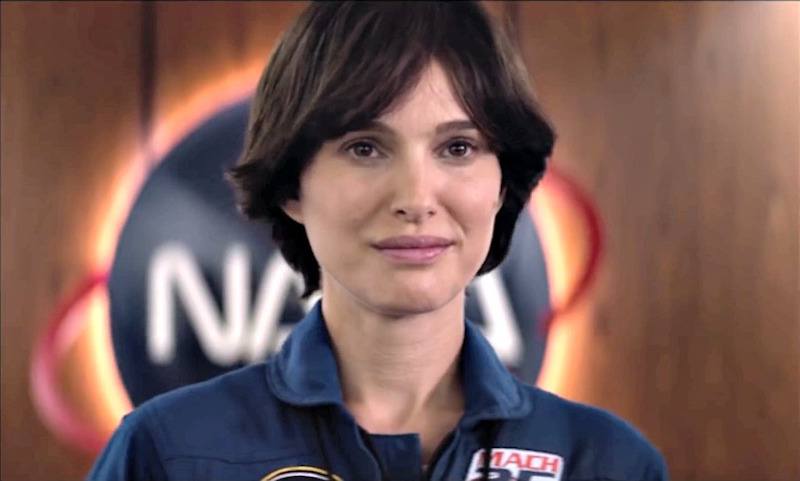 Lucy in the Sky is an entire cosmos of wasted opportunities for Legion and Fargo creator Noah Hawley.  His feature debut draws inspiration and a wealth of potential from the insane true story of Lisa Nowak, the astronaut whose love triangle and subsequent kidnapping attempt spiked Google searches for “adult diapers” by 100%, but Hawley squanders it with odd stylistic choices and a misjudged shift in tone that send his space drama crashing down to Earth in flames.

Natalie Portman once again gives her best in a flashy role for a film that can’t support her, just like with last year’s pop star drama Vox Lux. She plays the awfully-named Lucy Cola, and when we meet her she’s adrift. Yes, existentially but also literally, an astronaut floating through the void of space. She wants just a few more minutes to take in the enormity of it, just a few minutes more. She’s reeled back in and then it hits her that she must return to the real world. How small her life looks after an experience like that, with her schlubby husband (unconvincingly played by Dan Stevens), a NASA PR guy who might as well have “cuck” stamped on that dumb mustache of his.  After going to space, normal life will never be enough again.

“Everything is so small. We are so small”, she would later say. Not many people understand what that’s like. The number of people who can say they’ve been to space is few, and Lucy encounters one of them in Mark Goodwin, played to maximum flair and manliness by Jon Hamm. Immediately, we know Lisa’s poor husband is in trouble. He doesn’t stand a chance against a guy like Mark, and before long Lisa is part of his bowling team (NOT a euphemism!!), sneaking off for secret rendezvous, and more. That is, until she starts to sense that Mark is moving on to another girl, an upstart astronaut (played by Zazie Beetz) who is younger and just as hungry.

If Hawley had stuck with this examination of a woman who had literally seen the enormity of space and being forced to accept how little meaning there is to her life by comparison. The complexity of coping with that realization, and attempting to fill the gap through adultery is compelling, even more so when seen through the eyes of a woman in a high-pressure career largely occupied by men. Portman is especially good at this point, as Lucy tries to hide her desperation for a return trip off-planet, and then later her desperation for Mark’s attentions. Hamm does what he’s good at, which is to show a hint of vulnerability under that paragon of virility always at the surface. Ellen Burstyn spices up some of the flat domestic scenes with a salty turn that is sorely missed when she’s gone. If Hawley had just leaned on them a bit more, we’d be talking about a very different movie than what we ended up with.

Unfortunately, Hawley decides to go elsewhere. Rather than portraying Lucy’s slip into madness with the honesty and seriousness the film had commanded up to this point, they go full steam ahead into trash cinema, portraying her as just another crazy, jealous woman lusting after her wayward man. Set to the tune of the titular track, Lucy’s grip on reality shatters like something out of a psycho-thriller, or maybe an episode of Legion. Hawley’s awkward and overused shifts in aspect ratio add little value and are like a film school student showing off some new trick he learned. It’s a distraction that does nothing but take away from the performances of Portman and Hamm, who are invested no matter where Hawley takes them. There’s no sympathizing with Lucy’s plight as she goes flying off the rails, ultimately roping in others in her mad quest to stop Mark and his new lover.

What it looks like is that Hawley and his co-writers saw the salacious aspects of the Lisa Nowak story and wanted to make a movie about THAT, only to realize it wouldn’t really fly in our current climate. So they attempted to make a sensitive drama about this woman’s break from reality but were ill-equipped to do it. If there’s ever a case to be made for the need of more female screenwriters working on complicated dramas about women, Lucy in the Sky is it.