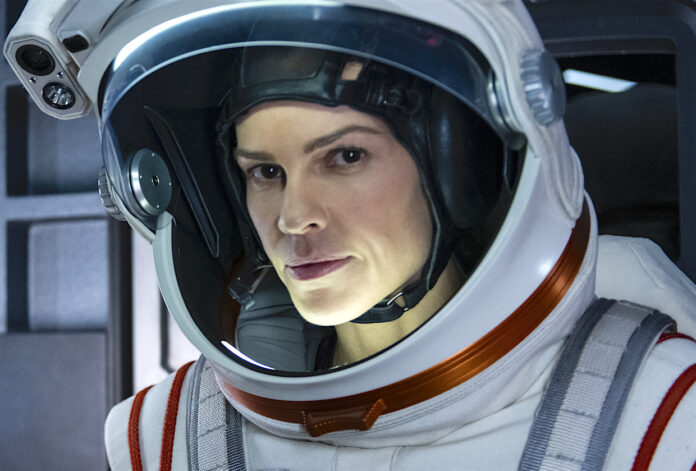 If you’re looking for a little less “sci” in your sci-fi, then perhaps the Netflix series Away is for you. That’s not a knock, mind you, but it does seem to be a concerted effort lately, and I’ll include a film such as Lucy in the Sky in my calculation, to focus less on the interstellar aspects of space travel than on the cost of what’s left behind.

Oscar-winner Hilary Swank stars in Away as an astronaut leading humanity’s first mission to Mars. But in so doing, she’s also leaving behind a family that needs her most.  The cast is pretty great surrounding Swank, as she’s joined by Josh Charles, Talitha Bateman, Mark Ivanir, Ato Essandoh, Ray Panthaki, Vivian Wu, and Monique Curnen.

The series was created by Andrew Hinderaker, and boasts an impressive list of exec-producers that includes The Batman director Matt Reeves and Blood Diamond director Ed Zwick.

Away hits Netflix on September 4th.

SYNOPSIS: From Executive Producer Jason Katims, the Netflix series Away is a thrilling, emotional drama on an epic scale that celebrates the incredible advancements humans can achieve and the personal sacrifices they must make along the way. As American astronaut Emma Green (Hilary Swank) prepares to lead an international crew on the first mission to Mars, she must reconcile her decision to leave behind her husband (Josh Charles) and teenage daughter (Talitha Bateman) when they need her the most. As the crew’s journey into space intensifies, their personal dynamics and the effects of being away from their loved ones back on Earth become increasingly complex. Away shows that sometimes to reach for the stars, we must leave home behind.

‘We Own This City’: Jon Bernthal, Jamie Hector, And Josh Charles To Star In HBO’s Baltimore Crime Series From ‘The Wire’ Team