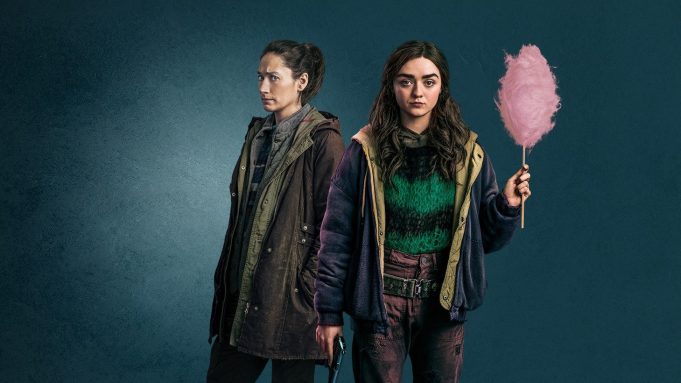 Maisie Williams is back on TV and seems to have lost her dad again. The Game of Thrones star seems to be on the run once again, this time in the modern world in HBO MAX’s Two Weeks To Live.

Williams plays Kim Noakes, a young woman running away from her doomsday prepper mother to try and avenge her father’s death. Joining Williams as her character’s mom is Sian Clifford, known for her Emmy nominated role as Fleabag’s sister Claire in Fleabag. Part coming of age story, part love story, and part action comedy Two Weeks To Live will prove whether or not Williams has the chops to carry her own show.

Also starring Taheen Modak, Mawaan Rizwan, Jason Flemyng, Sean Pertwee, and Thalissa Teixeira, the show’s arch seems to have plenty of overlap with Arya’s arch, the role Williams played on Game Of Thrones. Both have dead fathers. Both have mommy issues. Both out for revenge and extremely violent. Both pick up two loveable goofballs along the way, one of which she’s sexually attracted to. Though it seems slightly cliche, it might be fun to see where Williams takes the arch now that Thrones’ writers David Benioff and D.B Weiss aren’t there to mess it up

The series is currently airing in the U.K on Sky. HBO Max will stream the series exclusively in the US starting November 5th. Watch the trailer below.