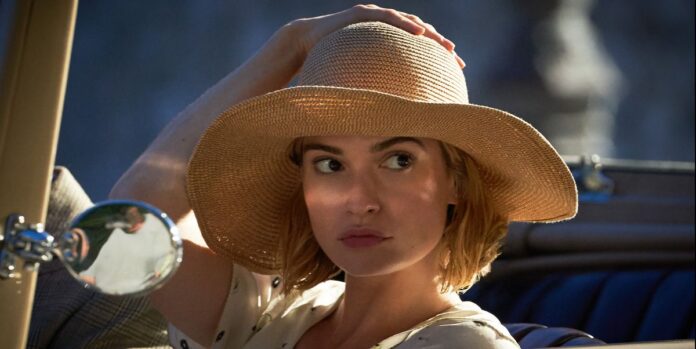 Already this year we’ve seen the returns of Sean Durkin (The Nest) and Brandon Cronenberg (Possessor) after a hiatus of nearly a decade. Now you can add Shekhar Kapur to the list of directors making a comeback with his first project since 2007’s Elizabeth: The Golden Age, and he’s assembled quite a cast for it.

Deadline reports Kapur will direct Lily James and Emma Thompson in rom-com What’s Love Got to Do with It? And no, this isn’t a remake of the Tina Turner biopic or anything. Plot details are under wraps, though, with the only thing we know is that it’ll take place in London and South Asia. Shazad Latif (Star Trek: Discovery) is also in the cast. The film will be written and produced by Jemima Khan, a producer on American Crime Story and We Steal Secrets. Khan’s background is in journalism, which makes this an interesting fit for her and Kapur.

That Kapur is returning for this particular project should say something about the script’s strength. Kapur earned accolades for period dramas Elizabeth and its sequel, Elizabeth: The Golden Age. He also directed Heath Ledger in another historical film, The Four Feathers, and a segment for anthology New York, I Love You.

James seems to have a new project every other day. She can be seen right now opposite Armie Hammer in Rebecca. Thompson is…well, she’s Emma Thompson, a two-time Oscar winner who will be seen next in Disney’s Cruella.

The Latest Trailer For ‘Cruella’ Exposes The Iconic Villain’s Motivations