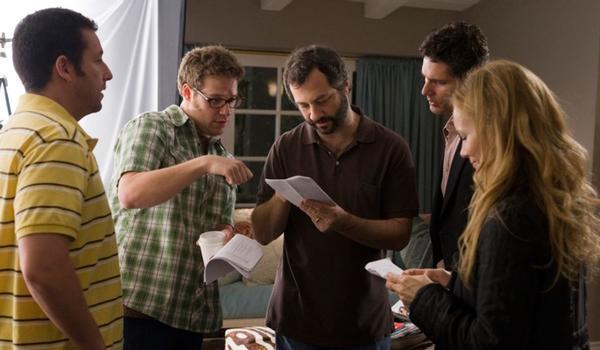 Deadline reports Apatow’s next film will be a comedy about a group of actors stuck inside a pandemic bubble at a hotel while attempting to complete a movie. Apatow will direct, produce, and co-write the script with Pam Brady, a longtime South Park writer who also worked on Team America: World Police, Hamlet 2, and Hot Rod.

Netflix hopes the ensemble, which they are moving quickly to assemble now, could measure up to the greatness of Knives Out or The Disaster Artist, which are pretty big shoes to fill.

The times are forcing filmmakers to forge new studio alliances and break from old ones. This will be the first movie Apatow has done that isn’t with Universal. He last worked with them on The King of Staten Island which was one of the first major films to skip theatrical for PVOD, becoming a hit in the process. But with Universal unsure of how to manage their upcoming slate of projects, and Netflix willing to move forward now, Apatow had an easy decision to make.