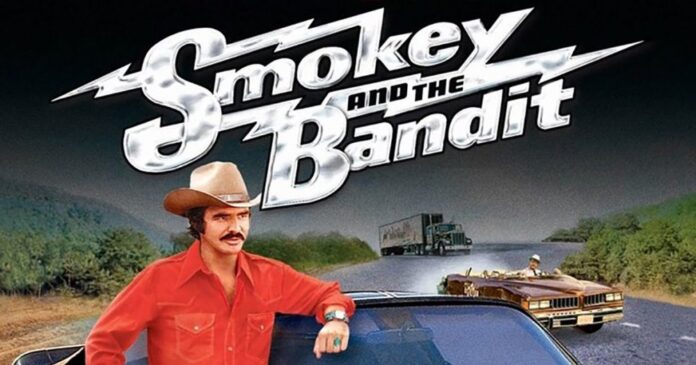 Kick the tires on your Trans Am, Smokey and The Bandit is coming to a TV near you…hopefully. Forget that, definitely…and I’ll tell you why. The adaptation of the iconic 70s film series that launched Burt Reynolds to super-stardom and gave us Sally Field is being written by David Gordon Green and Brian Sides and produced by Seth McFarlane and Danny McBride (by way of their Fuzzy Door and Rough House Pictures Banners, respectively). That should be enough to guarantee a first season order, but throw in Green’s offer to direct the pilot and there’s no question this thing can be picked up. Green, McBride, and McFarlane are all legit powerhouses in Hollywood all in their own right, but this team up is almost unfair.

The subject matter of the show which, while not including any overtly racist imagery ala The Dukes of Hazzard‘s General Lee, certainly existed in a by gone world that’s ripe for satarization and I honestly can’t wait to see what they do with it. The big question is, do they make a period series or is it set in modern day? No details have emerged but “Trucker” culture doesn’t seem to be a thing anymore, not being born until ’82 I couldn’t tell you off the top of my head what came first when the movie originally came out, but I can tell you that culture has always been fascinating to me and to see how they deal with out-foxing the local PD in the 21st century has me hoping for a modern-day take.