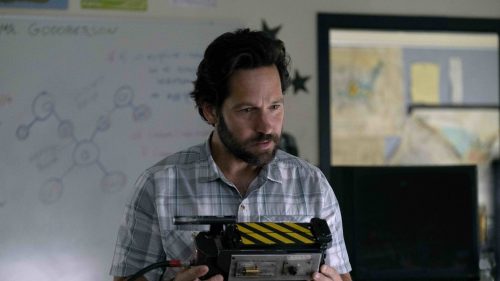 Who ya gonna call? Ghostbusters! You can call all you want, but they ain’t showin’ up until next summer.

Sony was ahead of the game in moving their films out of 2020 due to COVID-19, but like so many studios that came later, they’re still having to delay some of their biggest projects even further. Ghostbusters: Afterlife has been given a new date of June 11th 2021, opening the same weekend as the classic did 37 years ago. The film was initially due to open this summer, but was then moved to March 5th 2021 before settling on this new date. Hopefully this one sticks, if only because it fits with the nostalgic vibe that director Jason Reitman, son of Ghostbusters director/producer Ivan Reitman, is going for.

Sticking with the paranormal, Sony has also decided to set Don’t Breath 2, the sequel to Fede Alvarez’s 2016 horror hit, to August 13th 2021. The film will see Stephen Lang return as “The Blind Man”, who is forced to leave his safe haven when a young orphan under his care is kidnapped.  Considering the grizzly things he did in the first movie, having kids anywhere near him sounds like an awful idea. Alvarez stays on as producer and co-writer, with Rodo Sayagues making his directorial debut.