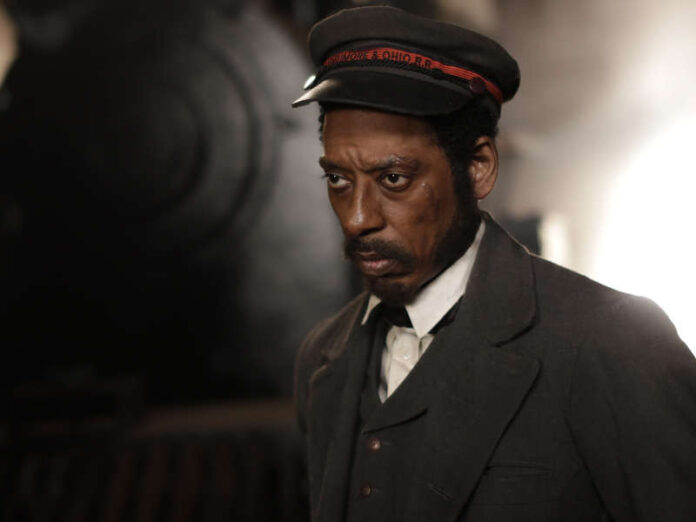 Orlando Jones is one of the most prolific character actors working today. From his start on MADTv in the 90s to American Gods, Jones has injected passion into every acting gig he gets.

This Sunday, Jones will join the already prestigious cast of The Good Lord Bird in the episode titled ‘Hiving the Bees.’ The Showtime series is already gaining Emmy buzz for Ethan Hawke’s portrayal of abolitionist and radical John Brown. Based on James McBride’s novel of the same, the miniseries tells the story of Brown’s activism and passion to end slavery through the eyes of a fictional enslaved boy named Onion (newcomer Joshua Caleb Johnson).

Surprisingly funny and self-aware, the series’ welcomes Jones as The Rail Man, a mysterious literal conductor of the underground railroad, tasked in helping supply enslaved people to join in on the uprising in Harper’s Ferry. One of the many father figure’s Onion has in the series, The Rail Man’s arch serves as a turning point for the boy and changes the course of history.

I had the opportunity to chat with Jones about his time on the show and what Hollywood needs to do to be more inclusive.

You can watch the trailer for his episode here and catch his episode of The Good Lord Bird this Sunday at 9 pm on Showtime. Watch the interview below:

Review: ‘We Need To Talk About Cosby’