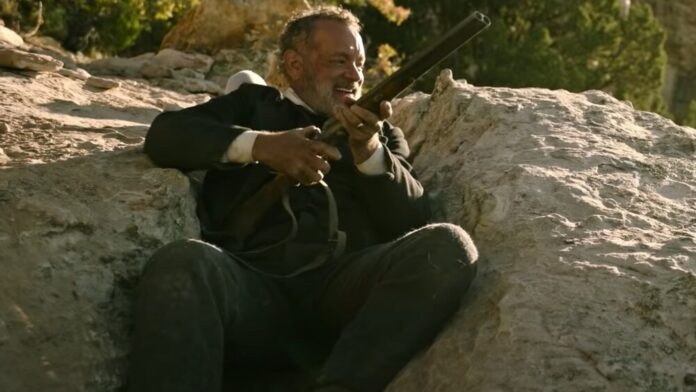 Tom Hanks has done pretty much everything in his career, and starred in just about every kind of film. But when News of the World arrives this December, it’ll be his first-ever Western, arriving at a time when studios have largely avoided the genre. But if anyone can help bring it back it’s Hanks, reuniting with his Captain Phillips director Paul Greengrass.

Once again in a captain role, Hanks plays Captain Jefferson Kidd, a Civil War veteran who travels to small towns delivering news from around the world, which people might never have heard otherwise. When Kidd agrees to escort a kidnapped girl to her last remaining family in Texas, they face challenges from all sides as they attempt to find a place to call home.

If Hanks were going to do a Western, this is exactly the kind that’s perfect for him. Not only is the film full of commentary about our divided times, but it places Hanks in the position of protector and teacher, which is how so many of us see him and could really use right now.

SYNOPSIS: Five years after the end of the Civil War, Captain Jefferson Kyle Kidd (Hanks), a veteran of three wars, now moves from town to town as a non-fiction storyteller, sharing the news of presidents and queens, glorious feuds, devastating catastrophes, and gripping adventures from the far reaches of the globe. In Texas’s plains, he crosses paths with Johanna (Helena Zengel, System Crasher), a 10-year-old taken in by the Kiowa people six years earlier and raised as one of their own. Johanna, hostile to a world she’s never experienced, is being returned to her biological aunt and uncle against her will. Kidd agrees to deliver the child where the law says she belongs. As they travel hundreds of miles into the unforgiving wilderness, the two will face tremendous challenges of both human and natural forces as they search for a place that either can call home.