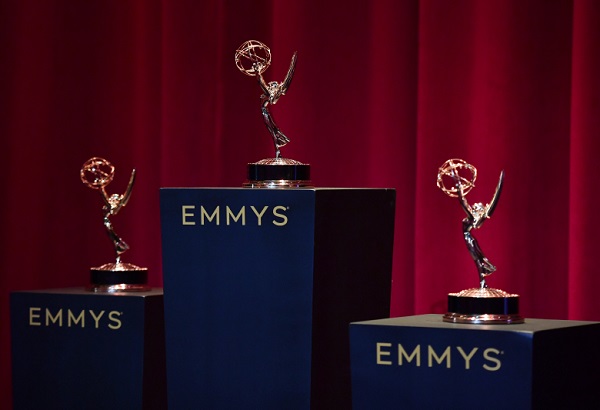 Earlier today I made my predictions for who would take the Emmys home for this evening’s Primetime Emmy Awards. Jimmy Kimmel hosted the ceremony honoring the best of the small screen. While the Creative Emmys have been going on the past few days, tonight was for the big dogs. Shows with multiple nominations included Watchmen, Succession, Ozark, The Marvelous Mrs. Maisel, and Schitt’s Creek among many. The big question remained who would the Academy of Television Arts & Sciences award the golden statues to (and how wrong was I)?

Outstanding Comedy Series:
Schitt’s Creek- WINNER
Curb Your Enthusiasm
Dead to Me
The Good Place
Insecure
The Kominsky Method
The Marvelous Mrs. Maisel
What We Do in the Shadows

I’m actually glad that my crystal ball was somewhat working. I knew that Schitt’s Creek was going to have a good night. I didn’t know that it would pretty much sweep in all major acting categories. Watchmen was a given based on how good the series was, and the same with all the awards Succession won. It was a little surprise that Jean Smart didn’t win Best Supporting Actress for Watchmen, but Uzo Aduba was great in Ms. America. One big surprise tonight was Zendaya winning Best Actress for her work as Rue in Euphoria (even though I predicted she should win, it’s just a surprise that she did win). Zendaya is now the youngest Best Actress award winner for Drama. I’ll eat crow on Last Week Tonight with John Oliver winning yet again. I really thought that this was Trevor Noah’s year. Overall, this year’s Emmy’s was pretty accurate with a few surprises.

Congratulations to all the winners.