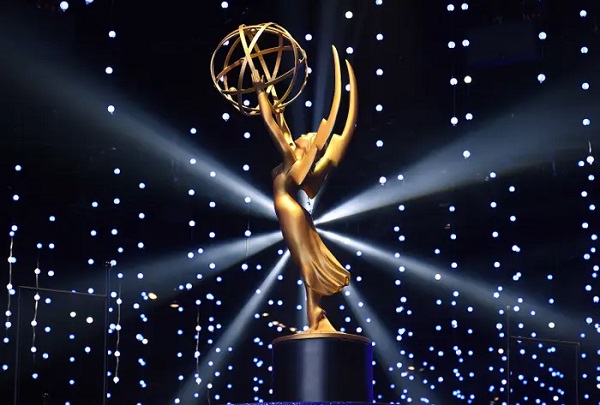 This weekend, the Academy of Television Arts & Sciences presents their annual Emmy Awards (the Creative Emmys have been virtually over the last few days as the main Emmys appears Sunday night). This time, it’s a little different as of course, the world is different. Many of us have been locked in our homes, so much of our entertainment consummation has been on the small screen. Lucky for us, there’s been a great deal of REALLY good shows on the small screen, and this weekend some of them will be awarded for their work at this year’s Emmy Awards. While there will be no red carpets or extravagant in-person acceptance speeches as the whole awards show will be virtual (thanks Covid for continuing to ruin everything about 2020), the best of the small screen will still get their chance to be honored for their hard work and their entertaining us.

Right off the top: there will be some shows on this list that I have not seen. With more than 100 television shows at any given time during the eligibility period, there just are some shows that I was either uninterested in taking a look at, or flew under my radar, so by default, I will not have the expertise to grade them and probably rely on other critics or word of mouth from friends and social media.

So, who should take home the trophies? 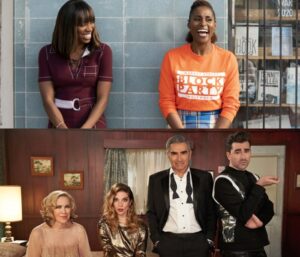 Nominees: Curb Your Enthusiasm, Dead to Me, The Good Place, Insecure, The Kominsky Method, The Marvelous Mrs. Maisel, Schitt’s Creek, and What We Do in the Shadows

This is a pretty stacked deck and can go any way. Curb Your Enthusiasm while in its 10th season, continues to be gut-bustlingly hilarious. Larry David’s MAGA hat episode alone should ensure an award. The Marvelous Mrs. Maisel continues to be an Emmy darling but has already won this award. Both The Good Place and Schitt’s Creek ended their shows (very strongly) this past year and could win for their swan song seasons. Insecure continues to have incredibly funny, even though this season took a semi-dramatic tone, it was very captivating and shows Issa Rae is on top of her game. Insecure is long overdue for some recognition. The wild card here is What We Do In The Shadows, which is the first show to make me cry from laughter in quite some time as the vampire mockumentary is pure gold.

Will Win: Schitt’s Creek (maybe The Good Place)
Should Win: Insecure
Khalil would love to win: What We Do In The Shadows 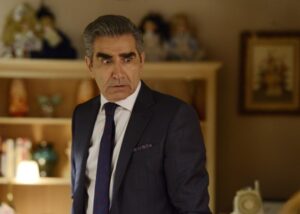 Poor Anthony Anderson. It seems like he’s never going to get the Emmy for Black-ish as he continues to shine on the show but is often overlooked. Ramy Youssef recently won the Golden Globe for Ramy as the show is brilliant. Both Ted Danson and Eugene Levy are probably the ones that will be the finalists for the award. 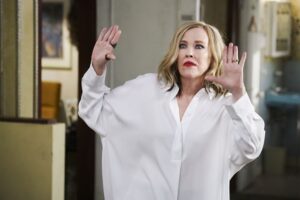 This is Catherine O’Hara’s award to lose and she shined on Schitt’s Creek. I wouldn’t count out Issa Rae as well for Insecure and the most recent season displayed why the show continues to shine. Rachel Brosnahan has already numerous awards for The Marvelous Mrs. Maisel as well. 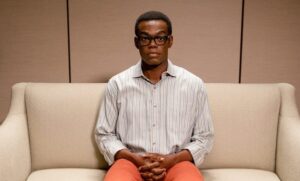 This is probably a tie between Dan Levy and William Jackson Harper. Both actors have been the heart and soul of their shows, which both ended this season. However, don’t count out Sterling K Brown, who flexes his comedic chops in the most recent season of The Marvelous Mrs. Maisel, and Andre Braugher’s deadpan Captain Holt always shines of Brooklyn Nine-Nine. 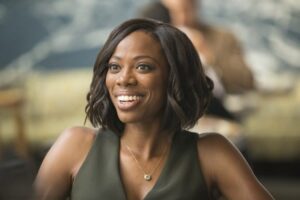 Give D’Arcy Carden her award! Her work as Janet (not a robot) on The Good Place has been great throughout the series. That said, Yvonne Orji has done a great job as Molly on this season of Insecure. Previous winner Alex Borstein will probably also offer stiff competition. 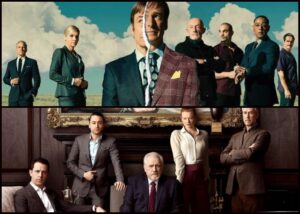 Why oh why doesn’t Better Call Saul have an Emmy by now? Vince Galligan’s prequel to Breaking Bad was at first laughed off as a silly idea, and then proves to be a worthy successor to one of the best TV shows ever made. Bob Odenkirk continues to get screwed out of Emmys for his work on the show. Both The Handmaid’s Tale and Killing Eve continued the greatness of their shows, especially The Handmaid’s Tale by finally having the good guys win after so many seasons of suffering. Stranger Things rebounded in the third season from an uneven second season as the Battle of Starcourt Mall was the show at its absolute best. Ozark in its third season established itself as the spiritual successor to Breaking Bad as the Brydes sunk deeper into the cartel game. The biggest “what the hell” surprise was the nomination of The Mandalorian as Baby Yoda fever has completely gripped the nation. However, Succession is next level. 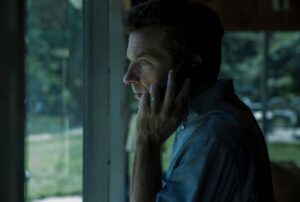 Another stacked deck. Sterling K Brown (who’s already gotten the Emmy from This Is Us is going to suffer from “the Denzel effect,” where he’s just too damn good at everything that it’s just considered “normal” and he won’t get an award until he completely does something incredibly great. Last year’s winner Billy Porter (who did even better in the second season of Pose) will probably not get a repeat. Jason Bateman absolutely shined this year on Ozark, so he’s got a pretty good chance. But with all the Succession craze, it’s probably for Brian Cox. 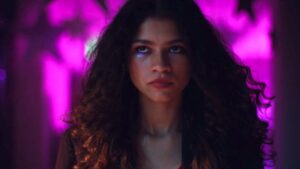 Unfortunately, placing Jodie Comer and Sandra Oh against each other for Killing Eve will probably cancel each other out. Both have been great on that show. Laura Linney is probably the favorited as her character on Ozark, Wendy Bryde gave the strongest performance as she became the evil one in the Bryde family. I’m so happy Zendaya got a nomination for Euphoria as she easily gave the best performance from last season, but considering the subject matter of the show and her youth, she’s a long shot.

Will Win: Laura Linney or Jennifer Aniston
Should Win: Zendaya
Khalil Would Love to Win: Zendaya 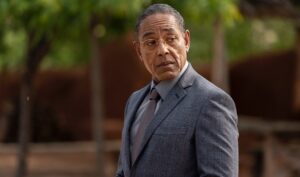 Yes, we know… Succession is good! So good that it nabbed 3 of the 8 nominations for the category. The same goes for The Morning Show. Hopefully, these won’t cancel each other out as Kieran Culkin seems to be the one to get the award. That said, Giancarlo Esposito can play Gus Fring in his sleep and continues to shine on Better Call Saul. I wouldn’t be mad if Bradley Whitford nabbed an Emmy for his role in The Handmaid’s Tale either. 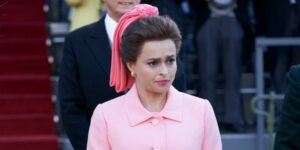 Another stacked deck. Any of these actresses have a shot in this category. Meryl Streep (because she’s Meryl friggin Streep) as well as Laura Dern, who just won an Oscar. Thandie Newton continues to amaze on Westworld and Julia Garner is pitch-perfect as Ruth on Ozark. 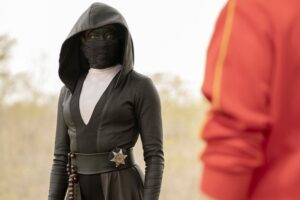 I’m not even going to pretend to not be biased on this one. While the Limited Series category is full of awesome storytelling, nothing’s even holding a candle to Watchmen. Within the first 5 minutes of the first show, Watchmen showed that this was going to be what I call “more than a movie/tv show.” It used the genre of superheroes (and did a pitch-perfect sequel to not only one of the greatest comic books ever made) to talk about race is a profound way as it informed and entertained at the same time. People immediately googled “Tulsa 1921” after the first episode to learn about a shameful part of American history. There’s a reason Watchmen is the most nominated show in this year’s Emmys.

Outstanding Lead Actor in a Limited Series or Movie: 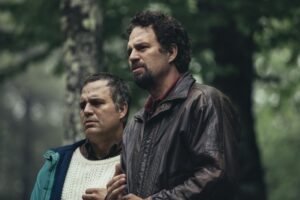 This is pretty much Mark Ruffalo’s to lose as he played twin brothers. One had a mental condition, and the other his caretaker. The only real competition he has in this category is probably Hugh Jackman. As much as I loved Jeremy Irons in Watchmen, his role as Ozymandias was more of a supporting role and HBO just decided to elevate it for awards consideration.

Outstanding Lead Actress in a Limited Series or Movie: 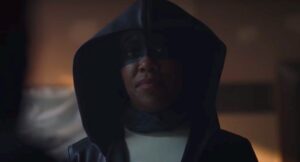 Another incredibly stacked deck, but it looks like Regina King will take home another Emmy (making it her 4th). Little Brenda from 227 has grown up to be a friggin superhero (on and off the screen) and her role as Angela Abar in the acclaimed HBO series is one for the books. Cate Blanchette as real-life supervillain (depending on where you land on the issue of women’s rights) Phyllis Schlafly is her first foray into TV for Ms. America, and Kerry Washington also delivered a great performance in Little Fires Everywhere.

Outstanding Supporting Actor in a Limited Series or Movie: 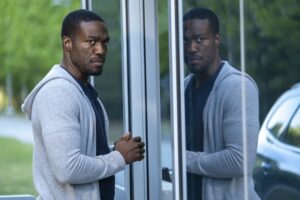 As stated before, this is a Watchmen year for the Emmys. Although many of the supporting actor nominations are from the critical darling, the academy almost has to give the ward for this show. Yahya Abdul-Mateen II’s take on Doctor Manhattan was even better than Billy Crudup’s from the movie. However, Louis Gossett Jr., who hasn’t won an Emmy in decades will probably take the prize home. His monologue in the final episode is almost tear-jerking. But the academy loves Jim Parsons though.

Outstanding Supporting Actress in a Limited Series or Movie: 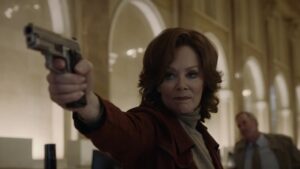 Once again, it’s hard to take off my Watchmen blinders. Jean Smart took a character from the pages and breathed life into her as Laurie Blake went from a wide-eyed hero (in the comics) to a cynical FBI agent (in the TV show). Tracy Ullman may have a chance from Ms. America and when has Toni Collette NOT delivered in a TV or movie she was in? 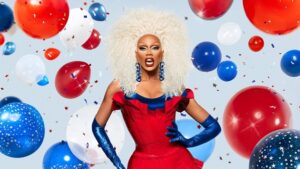 I’ll admit, this is one category that really isn’t my bag. I can’t say this is a category that I consistently watch, but will on occasion and be thoroughgoingly entertained when I do watch. The Masked Singer came and was instantly addicting as it was a singing competition that was also a fun guessing game. When the winner was revealed to be T-Pain, that kinda blew my mind as he was always the “autotune guy” but he really has the pipes to back it up. RuPaul’s Drag Race continues to be entertaining. The pleasant surprise nomination though is the show about terrible bakers: Nailed It!

Will Win: RuPaul’s Drag Race
Should Win: The Masked Singer
Khalil Would Love to Win: Nailed It! 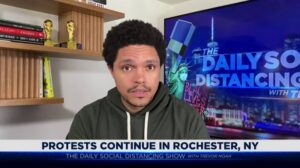 Because of the coronavirus pandemic, all production studios closed, and that also included all of late-night TV. Each show had to adjust and find a way to still deliver information and entertainment on either a weekly or nightly basis to the world. While Last Week Tonight with John Oliver has been the spiritual successor to the Jon Stewart era of The Daily Show (and still very much is), it was during the pandemic that Trevor Noah finally got to step out of Stewart’s shadows and make The Daily Show his own. Filming the show from his New York apartment, Noah rechristened the show “The Daily Social-Distancing Show with Trevor Noah” and has been in rare form. His monologue on George Floyd’s killing helped perfectly frame the disappointment and black rage many have been feeling all summer with the continued systematic killing of black people by the police and completely elevated his status as he has the unique perspective to address so many problems we are facing. Sometimes he’s funny, sometimes he’s serious, but all the time he’s on point.