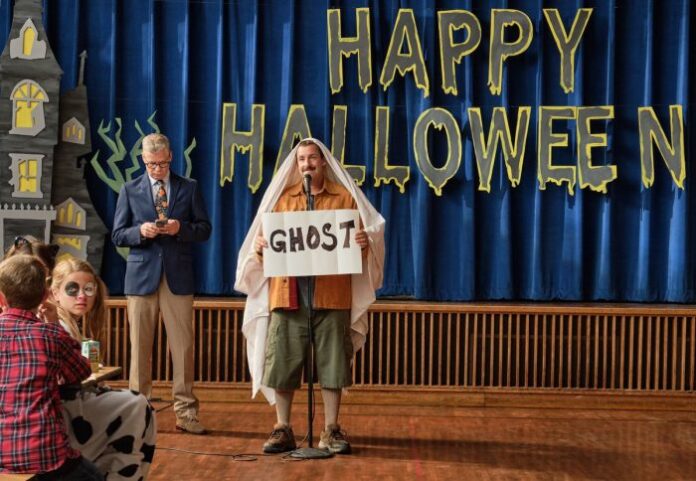 Love him or hate him, and it’s probably an even split there, but Netflix fucking LOVES them some Adam Sandler. His movies are consistently among their most-watched, and that deal they worked out with him is paying off. However, his upcoming film, Hubie Halloween, could be the thing that breaks subscribers’ backs. Halloween is one of those holidays you don’t screw with, and Halloween movies go right along with that. This could be bad.

The first images from Hubie Halloween show that Sandler has once again hired all of his buddies to be in a movie with him. Basically, he plays a loser in the legendarily scary town of Salem, MA, but he’s called on to save Halloween when something truly goes bump in the night.

Behind the camera is Steve Brill, who has directed Sandler in Little Nicky, Mr. Deeds, and Netflix comedies The Do-Over and Sandy Wexler. Those last two are arguably the worst things Sandler has ever done, so judge accordingly.

Sandler might surprise us, though. He’s done some good stuff for Netflix before, like Murder Mystery and The Meyerowitz Stories. Maybe he’s got one more left in him? Or maybe Hubie Halloween is Sandler’s promised payback for not getting an Oscar nomination for Uncut Gems?