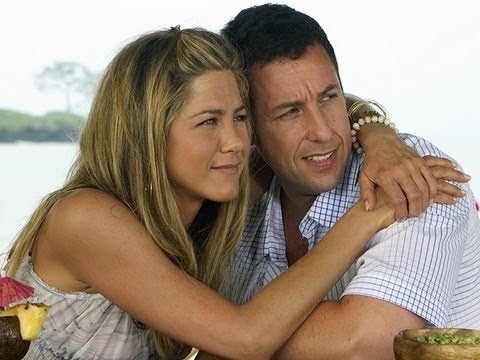 I think there’s enough empirical evidence to support the idea that Adam Sandler is at his best when paired up with a delightful female co-star. Whether it’s Drew Barrymore, Winona Ryder, Emily Watson, or even Joey Lauren Adams, Sandler brings out a little bit of extra charm for his female co-stars. Sandler starred with Jennifer Aniston in 2011’s Just Go With It and it turned out to be one of his biggest rom-com hits, and so it’s not at all surprising to learn they are teaming up again, this time for Netflix.

Sandler and Aniston will star in Murder Mystery, a comedy about a husband and wife duo who become murder suspects while on a European vacation. Sounds stupid, yes, and the script very well could be with James Vanderbilt (White House Down, The Amazing Spider-Man) writing it. Behind the camera is Workaholics director Kyle Newacheck, who recently helmed Netflix’s Game Over, Man!


I expect that if Aniston agreed to this then there’s more to Murder Mystery than it appears. Or at least I hope that’s the case. Sandler’s been pulling huge numbers for Netflix so we know they’re happy with him. Adding Aniston to the mix can only make those numbers shoot up higher. [Variety]