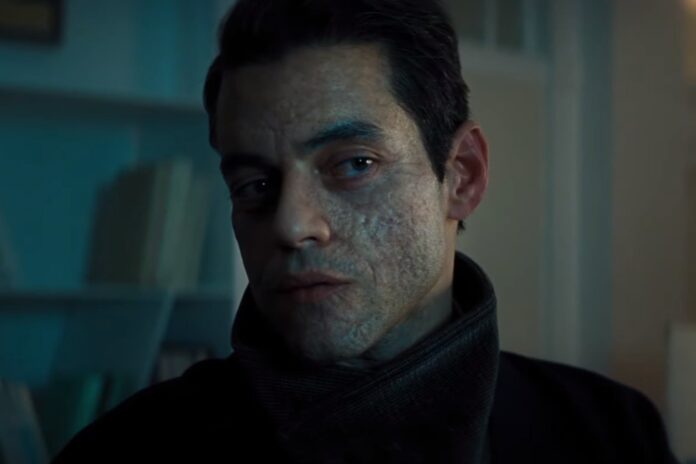 A new clip released by MGM today finally gives us a closer look at 007’s latest foe in the upcoming Bond film, No Time To Die. Safin, played by Oscar and Emmy winner Rami Malek, is a mysterious masked villain who seems willing to go to terrifying lengths to get what he wants. Though what those lengths are and what he wants to continue to remain a mystery.

“What he wants and what he’s willing to do makes him a very frightening character, both personally to Bond but also on a global level,” Director Cary Joji Fukunaga irritated in the clip. “We both eradicate people to make the world a better place,” Safin says in the clip. “I just want to be a little tidier.” While it looks like his mission seems to be along the lines of population control, similar to Thanos in the MCU or Samuel L Jackson in the first Kingsman film, MGM has been rather tight-lipped regarding plot details.

SYNOPSIS: In No Time To Die, Bond (Daniel Craig) has left active service and is enjoying a tranquil life in Jamaica. His peace is short-lived when his old friend Felix Leiter from the CIA turns up asking for help. The mission to rescue a kidnapped scientist turns out to be far more treacherous than expected, leading Bond onto the trail of a mysterious villain armed with dangerous new technology.