With Last Christmas
and now Feast of the Seven Fishes, the holiday movie season is officially upon us! It is a couple of days before
Christmas in 1983 and Tony Oliverio (Skyler Gisondo) is in a rut. He’s gotten
into art school but immediately decides to decline so he can continue working
in his family’s restaurant. On top of that, he’s single for another holiday
season. On a bright note, the Oliverio’s traditional Christmas Eve feast – the
feast of the seven fishes – is right around the corner so that will be a great,
and delicious, celebration. Tony’s cousin Angelo (Andrew Schulz) convinces Tony
to come out with him and his girl Sarah (Jessica Darrow). Apparently, Sarah has
a friend Beth (Madison Iseman) that Angelo and Sarah want to introduce to Tony
and see if the sparks fly. Beth has been dating Prentice (Allen Williamson) a
rich and pretentious schmuck from school that her parents absolutely approve of
because he can provide the life they want for Beth. Prentice has decided to go
on a skiing trip instead of joining Beth for the holidays and that is not
something she is willing to forgive. Sarah convinces Beth to come out with her
that night and meet Angelo’s cute cousin Tony and put Prentice squarely in the
rearview mirror, which she eventually agrees to. 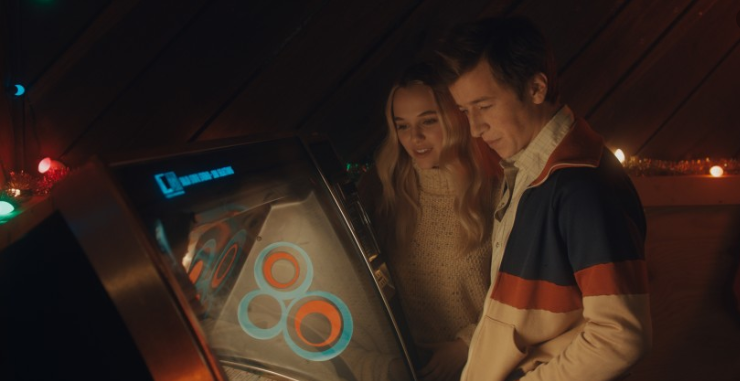 Tony and Beth hit if off and end up having a great night together
– except for one stop at the strip club where Tony gets into a fight trying to
convince his ex-girlfriend Katie (Addison Timlin) to stay off the pole. While
that might be a turnoff to some, Beth found it sweet – she must have the heart
of a saint. Tony’s uncle Frankie (Joe Pantoliano) does what Tony doesn’t have
the stones to do and invites Beth to the Oliverio’s feast of the seven fishes. Of
course Beth accepts the initiation – she just met Tony the night before, so the
next logical step is to meet his whole family during date #2. Beth doesn’t realize the night
that she just signed up for – the Oliverio family have this feast down to a
science and she is in for a night she, or her stomach, won’t soon forget. 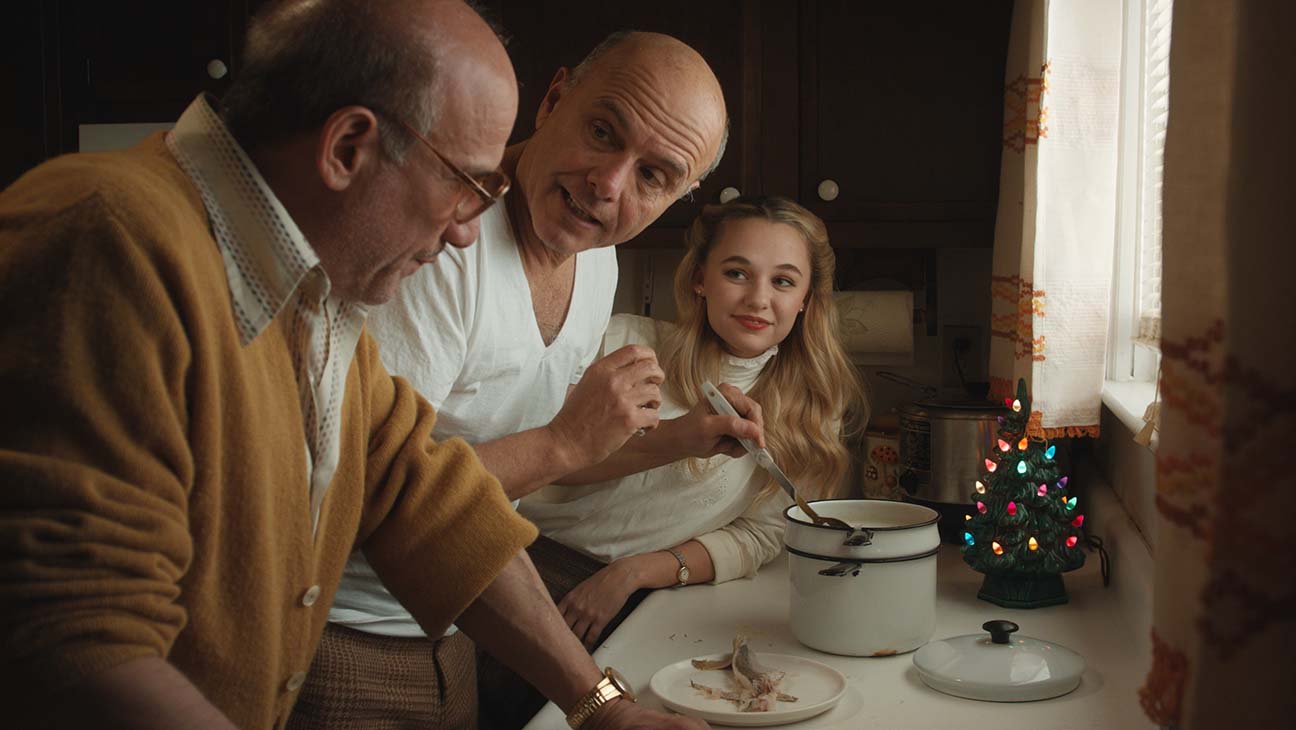 Feast of the Seven
Fishes has a lot going for it and at the top of the list is the score. The music
seems to really drive the film and couldn’t be more enjoyable – it manages to
not only capture the holiday spirit, but also be quirky and punchy to match the
film’s characters. That is not easy to do, and Feast of the Seven Fishes hits it out of the park. Throughout the film, we keep meeting more and more of the Oliverio family, which is full of fantastic
characters. The banter and interactions of Tony’s uncles Frankie and Carmine
(Ray Abruzzo) and grandpa Johnny (Paul Ben-Victor) are a blast to watch while
Beth’s interactions with Tony’s ultra-religious and old school grandma Nonnie
(Lynn Cohen) are hilarious as well as slightly terrifying. Robert Tinnell, who
wrote and directed the film as well as the original graphic novel of the same
name, interjects the spirit of graphic novels throughout the film – which is a
unique and welcomed addition. Feast of
the Seven Fishes is a good-hearted and enjoyable holiday movie and if you
have 90 minutes to kill, I’d definitely recommend a watch – the fish montage
alone is probably worth it.
3.5 out of 5