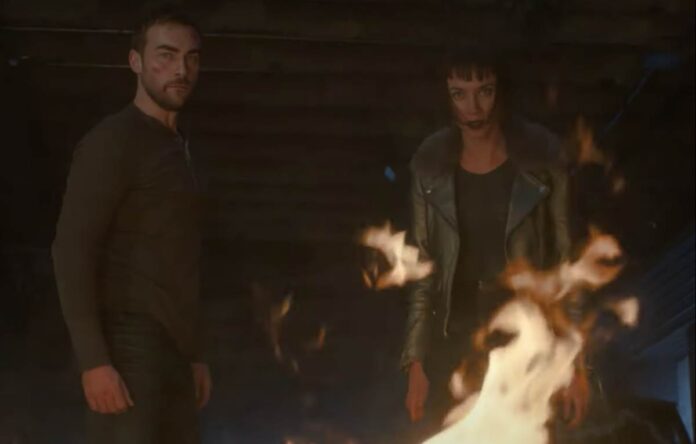 For those who are diehard Marvel Studios fans, this has been the driest of years. With no TV or film projects coming out of Marvel, Black Widow getting pushed to next year, and WandaVision arriving in December, it’s been a long wait for something new. Well, we won’t have to wait much longer because Hulu is dropping the first (and only?) season of Helstrom on us next month, promising a look at the occult side of being a superhero.

Loosely based on the Daimon Hellstrom aka Son of Satan character, Helstrom stars Tom Austen and Sydney Lemmon as siblings Daimon and Ana, who track the worst of humanity and battle the dark forces that stand in their way.  The cast includes  Elizabeth Marvel, Robert Wisdom, Ariana Guerra, June Carryl, and Alain Uy.

One look at the new trailer and it’s clear this isn’t like anything we’ve seen out of Marvel before, which may explain why the studio isn’t ANYWHERE in it. If you had no idea this was a Marvel show, this trailer would not clue you into it at all. Most likely that has to do with getting separation from the project which is expected to be the last to emerge from the Jeph Loeb era at Marvel Television. Doubtful it has anything to do with the material, which is deeply rooted in Satanic horror.

All 10 episodes of Helstrom will hit Hulu on October 16th.

‘Helstrom’ Canceled After One Season. Marvel Television Is Officially Dead