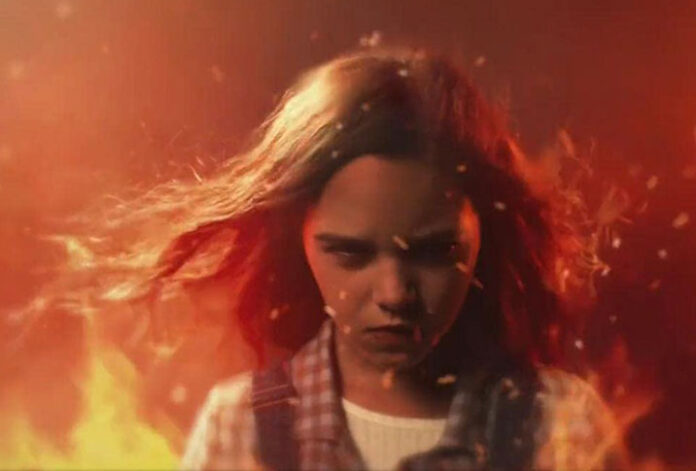 This Firestarter definitely does not bring the smoke. The thing about Stephen King adaptations on the big screen is that most fail to fully realize the rich detail and characterization that flesh out his novels. You can tell the rubbish ones almost immediately. King stories should NEVER feel generic or dispensable, and that’s what this version, which manages to be inferior to the mediocre 1984 film, feels like almost immediately as it lacks any horror, tension, or character detail to make you care about what’s happening.

While the 1984 movie was a breakout role for the-great Drew Barrymore, this new Firestarter gives us Ryan Kiera Armstrong as Charlie, the young girl with the pyrokinetic “gift.” Of course, it turns out to be more of a curse. Her parents, Andy and Vicky (Zac Efron and Sydney Lemmon) are seen as young college kids in a montage bereft of any terror or suspense whatsoever, as they agree to take part in a secret experiment that left them with enhanced abilities, fire and telekinesis. Those gifts have been passed to Charlie, and after a bullying incident at school exposes Charlie’s powers, the “bad men” who want them back are on their trail.

A tragedy does split them up, leaving father and daughter to hit the road by themselves, facing down the occasional threat of John Rainbird (Michael Greyeyes, intimidating), a bounty hunter with experiences taking down powered individuals. He’s working for Captain Hollister, who in this film is played by Gloria Reuben, gender-swapping the role once played by Martin Sheen. It’s good to see Reuben in a prominent role again, and she’s as effective as the limited screenplay affords her to be.

But that is a problem. Firestarter is lean, too lean, and while it can be argued the original movie was too long, this one goes too far in the opposite direction. Gone are the crucial scenes where Charlie properly learns to fear her power, but also to embrace it. These details are key to making the explosive moments feel as big as they should. When we get the modern take on the classic Barrymore hair-whipping explosion scene, it doesn’t mean much even though it looks considerably better.

This isn’t a fault with Armstrong, who is quite good in capturing Charlie’s swirl of emotions, guilt, terror, and ultimately rage. She works well opposite Efron, the harsher, more protective of the two parents. Director Keith Thomas (of the far superior The Vigil) is a competent filmmaker who keeps things moving, although you can see the budget constraints everywhere in the film’s lack of dynamic punch. Blame mostly lies with Firestarter‘s screenplay, written by Scott Teems whose most-recent effort was the disappointing sequel Halloween Kills, suggesting that horror might not be his strength. As far as King adaptations go, this is garbage. But at least it’s hot garbage.

Firestarter is open in theaters now and streaming on Peacock.