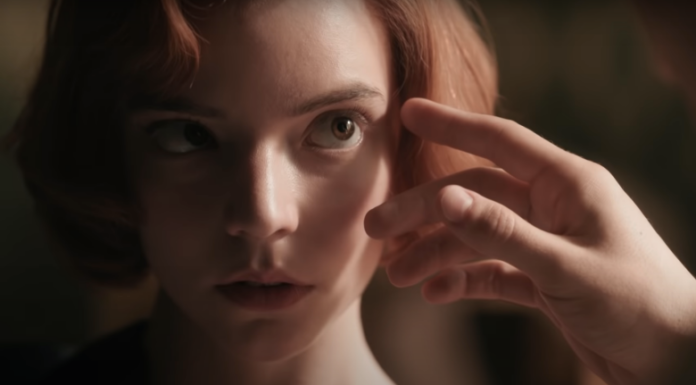 In a very short amount of time, Anya Taylor-Joy has proven her excellence in pretty much every role thrown her way. This week she’ll take on the unusual task of playing a Russian sword-wielding mutant demon queen with superpowers in The New Mutants. She’ll follow that up with something that sounds considerably more mundane, but could be just as exciting, a chess prodigy in Netflix series The Queen’s Gambit.

The miniseries is co-written and directed by Scott Frank, best known for his work on The Lookout, Out of Sight, The Wolverine, Logan, and more. The Queen’s Gambit is based on the novel by Walter Tevis, with Taylor-Joy as a chess prodigy who struggles with personal demons on her way up to claiming the title of Grandmaster.

Joining Taylor-Joy in the cast are Moses Ingram, Bill Camp, Thomas Brodie-Sangster, Harry Melling, and A Beautiful Day in the Neighborhood director Marielle Heller in a rare acting role.

Even though I’m awful at chess, the game has always fascinated me and the same goes with movies about it. One of my all-time favorites is Searching for Bobby Fischer, and there are aspects of this which remind me of that film. Growing up a chess prodigy is a helluva lot of pressure for a kid to take.

SYNOPSIS: Based on the novel by Walter Tevis, the Netflix limited series drama The Queen’s Gambit is a coming-of-age story that explores the true cost of genius. Abandoned and entrusted to a Kentucky orphanage in the late 1950s, a young Beth Harmon (Anya Taylor-Joy) discovers an astonishing talent for chess while developing an addiction to tranquilizers provided by the state as a sedative for the children. Haunted by her personal demons and fueled by a cocktail of narcotics and obsession, Beth transforms into an impressively skilled and glamorous outcast while determined to conquer the traditional boundaries established in the male-dominated world of competitive chess.