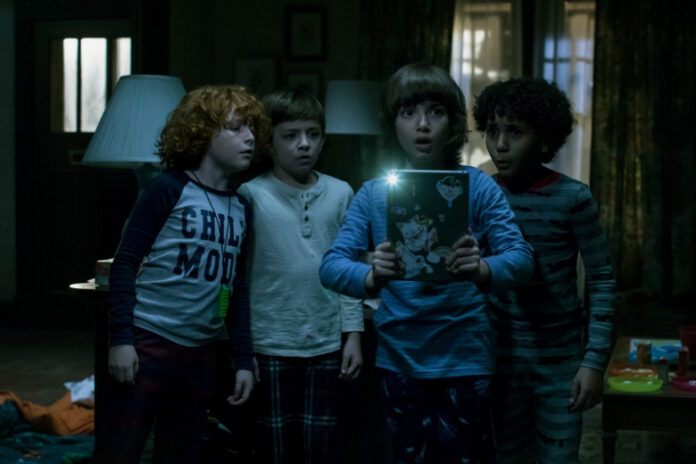 It’s been amazing to see the technological advancements to help kids with severe Autism better acclimate and to improve in their communication. Of course, as anybody who has seen a horror movie or post-apocalyptic sci-fi film knows, technology is always an evil just waiting to strike. And that’s basically the premise behind Come Play, a new horror starring Gillian Jacobs.

In the trailer for Come Play, we see Jacobs as a mother whose autistic son Oliver, played by newcomer Azhy Robertson, uses an Ipad to better communicate with others and feel less like an outsider. What they soon learn is that Oliver isn’t the only one in the house who enjoys Apple products, and shit gets bad real quick.

The film was written and directed by Jacob Chase (The Four-Faced Liar) and co-stars John Gallagher Jr.

Come Play hits theaters on October 30th, just in time for you to check it out on Halloween.

SYNOPSIS: Newcomer Azhy Robertson stars as Oliver, a lonely young boy who feels different from everyone else. Desperate for a friend, he seeks solace and refuge in his ever-present cell phone and tablet. When a mysterious creature uses Oliver’s devices against him to break into our world, Oliver’s parents (Gillian Jacobs and John Gallagher Jr.) must fight to save their son from the monster beyond the screen.