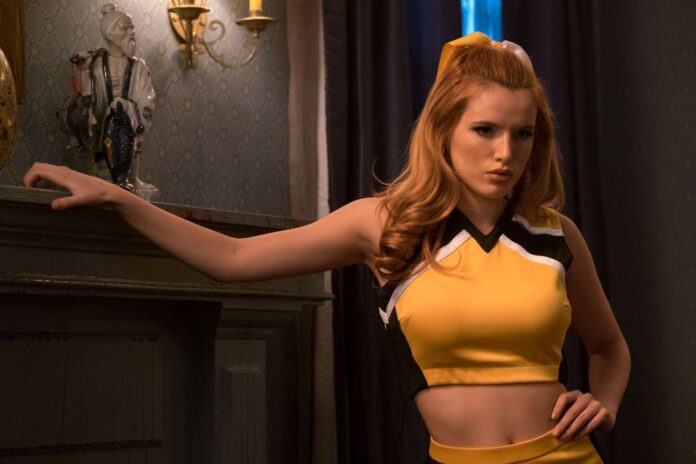 So you remember that OnlyFans documentary Bella Thorne was reportedly making with director Sean Baker? Well, that ain’t happening. And considering the negative heat Thorne has because of her racy subscriber-based content, it’s no wonder Baker is distancing himself.

Baker said in a series of tweets…

“I would like to make it clear that the news of me making a film (documentary or fiction narrative) about OnlyFans and using Bella Thorne as research is false. I’m NOT attached to this project. I’m actually in development on two features that I’ve put years of research and love in to and neither of these films have anything to do with Ms. Thorne or OnlyFans.”

“Earlier this month I had a conversation with Ms. Thorne and discussed a possible collaboration in the far future that would focus on her life and circumstances leading to her joining Onlyfans. On that call, I advised her team to consult with sex workers and address the way she went about this as to NOT hurt the sex work industry. This has been the extent of my involvement.”

Thorne may or may not have taken Baker’s advice. For those who don’t know, OnlyFans is basically a subscriber-based platform where sexy content is offered for a price. Imagine an Instagram for adult content. It has been a valuable resource for sex workers looking for a safe haven to communicate with their clients and fans.

Problems arose almost immediately when Thorne made $1M in a single day, triggering cries from sex workers that she was stealing business away from them. Things got worse when Thorne charged $200 for photos she said would be nudes, but were instead of her in lingerie, triggering a wave of refund requests. Furthermore, OnlyFans started playing hefty restrictions on what content creators could offer and charge, hurting everyone, including those who did nothing wrong.

Thorne has since offered an apology.

While the saga of Thorne’s OnlyFans experiences may be chronicled in documentary form someday, it won’t be with Baker. Hopefully, this encourages him to reveal some info about these two movies he has in the works because after The Florida Project he has a very high bar to reach.