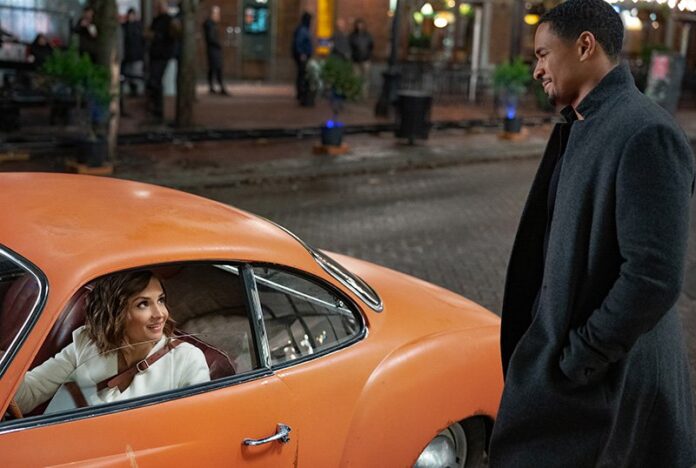 What kind of man knows exactly how many online dates they’ve been on without being able to find a girlfriend? That level of obsession with finding someone is the sort of thing Hollywood loves telling stories about, and it’s the kind of person Damon Wayans Jr. plays in the upcoming Netflix rom-com, Love, Guaranteed, in which he decides to turn the tables against the online dating apps that have failed him.

The film teams up Wayans with Rachael Leigh Cook, who in the ’90s and 00’s was all about these kinds of movies. This will be her first big movie in years, playing a lawyer to Wayans’ character, a man who has been on exactly 986 online dates without landing a girlfriend, so he decides to sue. You won’t be surprised that the attorney/client privilege comes to mean a lot more than it normally does.

Cook helped develop the script with writers Elizabeth Hackett and Hilary Galanoy, who penned the Netflix rom-com Falling Inn Love. Behind the camera is Ghost Rider and Daredevil director Mark Steven Johnson. More appropriately, he’s also the filmmaker on the Kristen Bell comedy, When in Rome.

SYNOPSIS: Earnest, hard-working lawyer Susan (Rachael Leigh Cook) has taken one too many pro bono cases. To save her small law firm, Susan begrudgingly takes a high-paying, high-profile case from Nick (Damon Wayans Jr.), a charming new client who wants to sue a dating website that guarantees users will find love. But Susan and Nick soon find themselves in the middle of a media storm, and as the case heats up, so do their feelings for each other — which could jeopardize everything.

‘Josie And The Pussycats’: Tara Reid, Rosario Dawson, And Rachael Leigh Cook Get The Band Back Together Over ZOOM