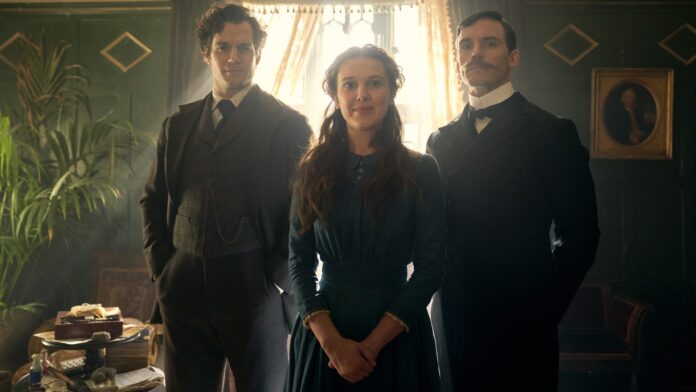 Netflix is giving us a mystery to solve in the new teaser for Enola Holmes, which features Stranger Things star Millie Bobby Brown as Sherlock’s kid sister. We had known of a September release date for the adaptation of the popular book series, but here’s how the various Netflix Twitter accounts (which trade banter frequently, I might add) have decided to caption the preview:

There’s not a lot to this teaser as it’s clearly just meant to announce the movie’s arrival, but it’s enough to set a light-hearted tone and a score that doesn’t mind riffing on Hole’s “Celebrity Skin”. The film is written by the ubiquitous Jack Thorne (The Aeronauts) and helmed by Fleabag director Harry Bradbeer.

The story finds Enola “waking on her 16th birthday to find her mother (Helena Bonham Carter) has vanished. An assortment of gifts have been left behind, but there are no apparent clues to her whereabouts. Now in the care of her two older brothers, who want to ship her off to a finishing school, Enola escapes through London to find her mom.”