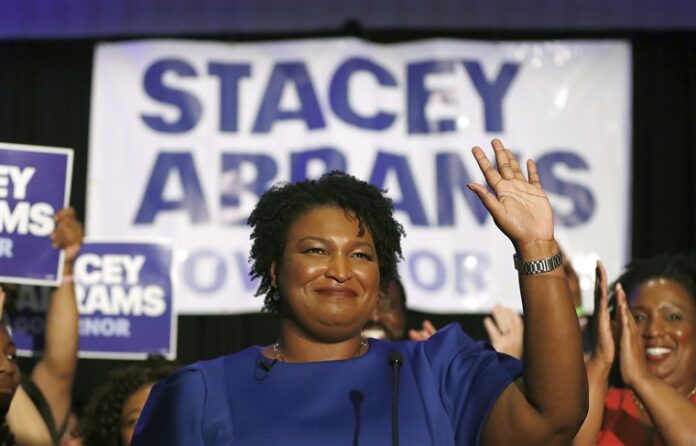 Been paying attention to what’s been going on with the United States Postal Service lately? The so-called President is actively trying to steal the 2020 election, and admitting to it in broad daylight. While this latest controversy may have clued people in to the voter suppression going on right now, the fact is people, especially black and brown ones, have been targets of it since given the right to vote. And the history of voter suppression is the focus of timely documentary, All In: The Fight for Democracy.

Appropriately enough, All In uses the 2018 Georgia gubernatorial election between Democratic candidate Stacey Abrams and then-Republican Secretary of State Brian Kemp. Using the power of his office, Kemp twisted laws and implemented strict rules (such as removing polling places and shortening voting hours) targeted at Democratic communities in an effort to suppress the vote.  It’s just one example of what women and people of color have had to endure just to do their patriotic duty and be part of democratic process.

The film is directed by Liz Garbus (Bobby Fischer Against the World, Lost Girls) and Lisa Cortes (The Remix: Hip Hop X Fashion).  Stacey Abrams, who has since become a major figure in the fight for fair voting practices, is on board as a producer.

SYNOPSIS: In anticipation of the 2020 presidential election, ALL IN: THE FIGHT FOR DEMOCRACY examines the often overlooked, yet insidious issue of voter suppression in the United States. The film interweaves personal experiences with current activism and historical insight to expose a problem that has corrupted our democracy from the very beginning. With the perspective and expertise of Stacey Abrams, the former Minority Leader of the Georgia House of Representatives, the documentary offers an insider’s look into laws and barriers to voting that most people don’t even know are threats to their basic rights as citizens of the United States.

Review: ‘Mothers Of The Revolution’