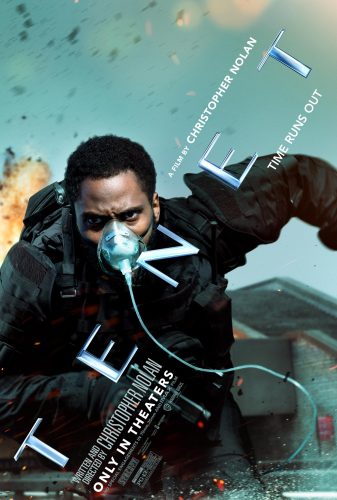 Tenet, it’s been the most talked about movie of the year, and while alot of that is the ramping anticipation, even more of it has been for date changes. People are dying to know what kind of story Christopher Nolan has cooked up for us this time, he’s not like Scorsese who always does mob films, with Nolan you have no idea what’s coming…and he likes to keep it that way. The honest truth is that until the end credits we won’t know, and with films like Inception we’ll never really know everything. That being said we can try and glean some meaning from these new posters, which are really cool if not illuminating. I tried, I’ve looked through these images over and over and the only thing that pops out is that Robert Pattinson looks especially odd in the “reflection” image. I guess all I can promise at this point is the official synopsis:

Armed with only one word – Tenet – and fighting for the survival of the entire world, the Protagonist journeys through a twilight world of international espionage on a mission that will unfold in something beyond real time. Not time travel. Inversion.

Ok, adding that into the images we get a peak, but not much more. Inversion right, a mirror image is inverted, there’s the reflection of John David Washington/Robert Pattinson…so instead of time travel is Pattinson the avatar or inverted version of Washington? Ok…I’m stretching, far. Anyway, it still doesn’t explain the super-cool breathing apparatus they all seem to wear at some point. Guess we’ll just have to wait.