Home TV Netflix ‘The Old Guard’ Is Already One Of Netflix’s Most-Watched Movies Ever, But...
Facebook
Twitter 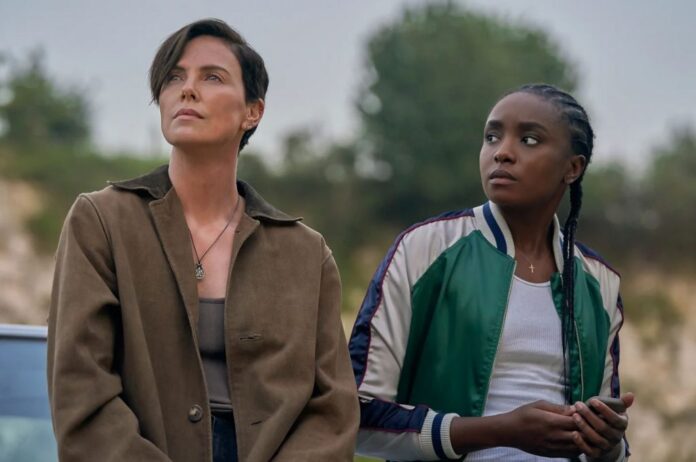 It’s been a booming couple of weeks for director Gina Prince-Bythewood, and it all began with the release of The Old Guard. The Netflix action flick was met with strong reviews, but more importantly, it was instantly one of the most buzzed-about movies of the year. And while we suspected it would be a big hit, Netflix is letting us know just how big it actually was.

So Netflix has done something they rarely do, which is give us a breakdown of viewership numbers for their original movies since they began with 2015’s Beasts of No Nation. The Top 10 list they released is jammed full of action movies, with Extraction at #1 with 99M viewers. The Old Guard managed to crack onto the list but only after it was released. The streamer says it’s already on its way to 72 million viewers in its first four weeks.

THE OLD GUARD is breaking records! The Charlize Theron blockbuster is already among the top 10 most popular Netflix films ever — and Gina Prince-Bythewood is the first Black female director on the list.

The film is currently on track to reach 72M households in its first 4 weeks! pic.twitter.com/pM8vOTNa6m

Others on Netflix’s list released to Bloomberg included Bird Box with 89M, Spenser Confidential at 85M, 6 Underground and Murder Mystery tied at 83M. Notice any similarities between those? Yeah, they all feature A-list stars. Triple Frontier, which features a star-studded ensemble that included Ben Affleck and Oscar Isaac, is on the list with 63M

Martin Scorsese’s much-touted and hugely expensive The Irishman was viewed by 64M households.  The rest of the top 10 includes indie genre film The Platform at 56M, David Spade “comedy” The Wrong Missy with 59M, and Noah Centineo rom-com The Perfect Date at 55M.