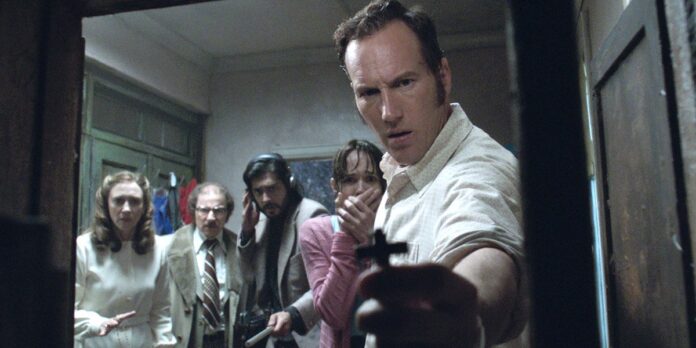 Release dates have been at the top of the movie news ticker since the first film was moved due to COVID-19 back in March, and there’s no sign of these articles stopping. Earlier we reported on the fall of a titan as the one-time lone holdout for release, Tenet finally gave in to a new schedule, along with the devastating announcement that August would not bring Falcon and the Winter Soldier as originally planned. Like so many days this year the hits just keep on coming. The latest in one of the most successful horror franchises of the last 20 years, The Conjuring 3: The Devil Made Me Do It, is officially moved to June 4th, 2021. I’m all for optimism but at this point it just seems silly that we are still anticipating any films, even those like Halloween Kills which is slated for October, are still even considering a traditional theatrical release in 2020. Look, best case the theaters open up at 50% capacity and they sell out. You’re still only making 50% of what you wanted to..and I know they can run 50%  in more theaters but lets be honest people aren’t going out for a run of the mill movie. They need to re-open when it’s safe and test the waters by doing a series of special re-releases, something like Raiders of the Lost Ark or Star Wars then build up to it. For a mid-level horror film the only obvious option to me is streaming, they were made for that model.

I’m sure much smarter people then me are figuring this stuff out but it just doesn’t make sense to me. One thing I think we can all agree on, 2021 is going to be a BOMBASTIC year for film.