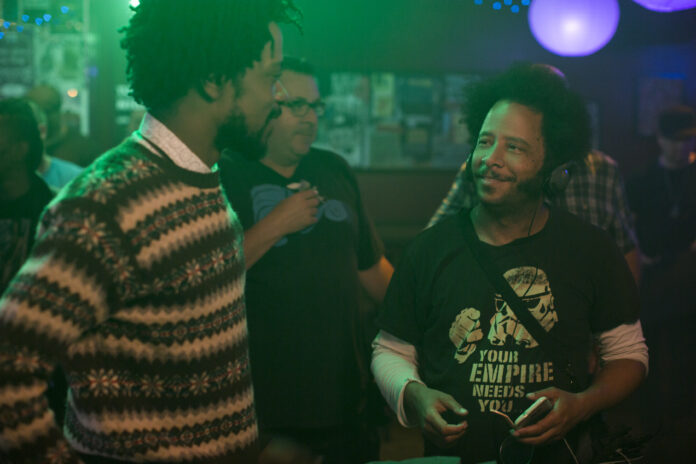 Where’s Boots Riley been lately? The Coup frontman and director of the bizarre satire Sorry to Bother You has kept a low profile lately, but now he’s back and ready to announce his next project. And yep, it sounds pretty far out there, too.

Boots Riley hit social media to reveal he’s working on a TV series titled I’m a Virgo, which stars Emmy-winner Jharrel Jerome (When They See Us, Moonlight) as a 13-foot-tall black man living in Oakland.

Told you that shit was pretty far out.

I have a show
about a 13-ft tall Black man who lives in Oakland.

Jharrel Jerome is playing the lead.

It’s no surprise Boots is setting the series in Oakland, as he’s kept the city close to his heart, and his work, for many years. That’s where his hip-hop group The Coup is based, and it also was a character unto itself in Sorry to Bother You.

No word on a network yet, but when Boots is ready, trust that they’ll come calling. Boots has a unique perspective on the world and an activist spirit that makes anything he does worth paying attention to.