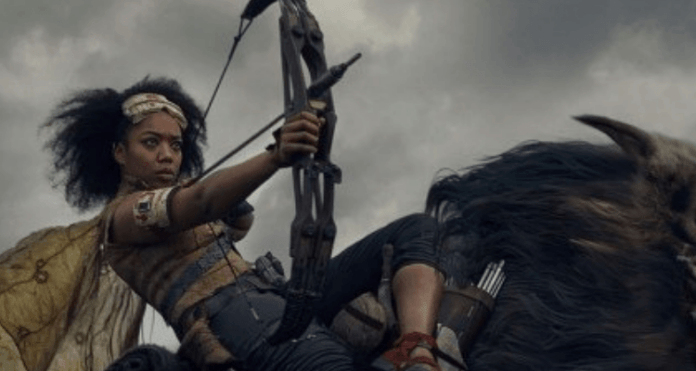 Much like Daisy Ridley in The Force Awakens, Naomi Ackie was a relatively obscure actress before her role in The Rise of Skywalker. Unlike Ridley, however, Ackie had most of her character Jannah’s storylines removed during a troubled writing process. That said, she had a very curious scene at the end of the movie alongside Billy Dee Williams, and it’s led to speculation Jannah could return in a spinoff series.

Speaking with Digital Spy, Ackie was understandably grateful to be part of the Star Wars universe. She becomes the first black female lead character in the franchise’s history, an honor she holds with great pride…

“Getting the Star Wars role was really surreal. I loved playing Jannah because she’s strong and brave. She’s one of the first black female leads to enter the Star Wars universe in 41 years and I felt the importance of that. For me, it was about everything from having natural, textured hair to not being shy of talking about what more the industry needs to do.”

When asked about the possibility of playing Jannah again, Ackie doesn’t say no.

“Jannah was a completely new character and I like the idea that the Star Wars universe is expanding. I think Jannah could get a spin-off. She has a really rich backstory that JJ [Abrams] told me about, and a future that we still don’t know about.” Is she Lando’s long-lost daughter?”

She concluded with a “my lips are sealed” gesture, before adding “That’s my answer.”

Sounds like she knows something, but isn’t willing to give it up just yet.  Jannah was reportedly going to be revealed as Lando’s daughter, stolen away and made a member of the First Order, but that story arc was removed. If it doesn’t make the screen then it doesn’t count, so we can’t assume that’s how her story will play out when/if she reappears.

Star Wars: The Rise of Skywalker makes its way to Disney+ on May 4th.