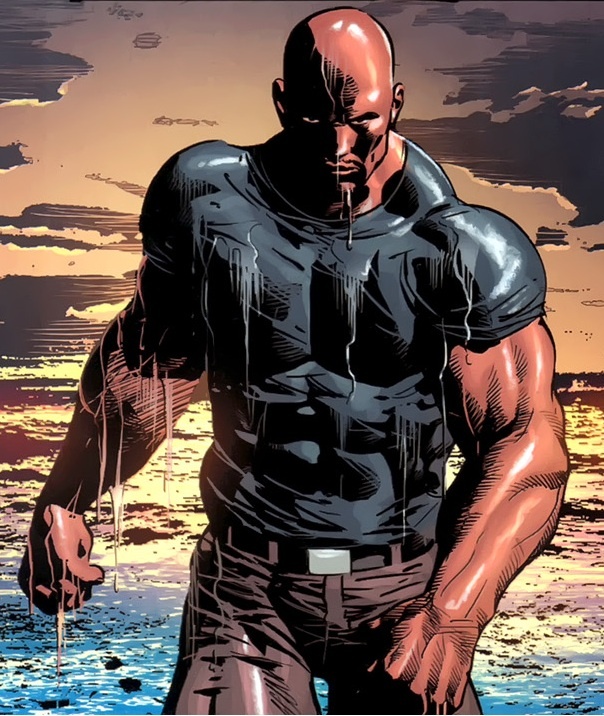 Luke Cage is a Marvel character whose origin goes back to the blaxploitation, and for decades since he was on the bottom tier. That changed in the pages of New Avengers, and his surge of popularity continued with Netflix’s series, as played by Mike Colter. But before that, back in the ’90s, Quentin Tarantino had wanted to do a Luke Cage film, and given the character’s origins you can understand why.

Sadly, it never happened, but in a recent episode of Amy Schumer’s podcast, Tarantino talked about what attracted him to do a Luke Cage movie, why he wanted Laurence Fishburne to star in it, and ultimately what turned him off to it…

“There was a time before all this Marvel shit was coming out,” Tarantino said. “It was after ‘Reservoir Dogs,’ it was before ‘Pulp Fiction,’ and I had thought about doing ‘Luke Cage.’ Growing up I was a big comic-book collector, and my two favorite [comic books] were ‘Luke Cage: Hero for Hire,’ later ‘Luke Cage: Power Man,’ and ‘Shang-Chi: Master of Kung Fu.’…My only hero was Luke Cage.”

“Actually, ‘Luke Cage’ would have been my ‘Jackie Brown,’ after ‘Pulp Fiction.’ What dissuaded me … was my comic-geek friends talked me out of it. Because I had an idea that Larry Fishburne would’ve been the perfect guy to play Luke Cage… But all my friends were like, ‘It’s got to be Wesley Snipes.’ And I go, ‘Look, I like Wesley Snipes, but I mean, Larry Fishburne is practically Marlon Brando. I think Fish is the man.’ And they’re like, ‘Yeah, but he’d have to get in shape in a big way. Snipes is that way already!’ And I go, ‘Fuck that! That’s not that important! Fuck you, you ruined the whole damn thing!’”

I agree with Tarantino here, by the way. Fishburne would’ve been a kick-ass Power Man. Dude is made of steel-hard skin! Who cares if he has big muscles!?  Anyway, count this as just one of those lost Tarantino projects that would’ve been awesome if they had ever happened.  Luke Cage will inevitably return to the MCU, probably with a new actor, but I won’t be able to forget that we could’ve had a Tarantino and Fishburne version.