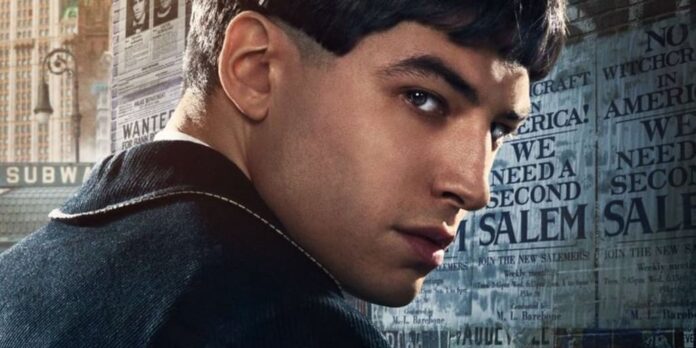 Celebrities get caught on tape doing stupid, sometimes violent shit all of the time. Frankly, it’s not our bag. We don’t post about personal issues unless they are going to affect a film production, and in this case, I feel like that could be happening sooner rather than later. Why? Because Ezra Miller, who has a Flash movie on the way and is a key figure in the Fantastic Beasts franchise, was caught on tape choking a fan.

I woke up and wondered why Ezra Miller was trending on Twitter. It didn’t take long to find out why. A video surfaced today of Miller grabbing a female fan by the throat and throwing her to the ground. Unless it was an impromptu WrestleMania dark match or something, there’s really no good way to spin this. The incident took place at an Icelandic bar called Prikið Kaffihús, and here is some added context provided by Variety who spoke to people who were there…

“According to a source at the bar, the altercation took place after the individual, identified as Miller, was confronted by a group of eager fans, who were “quite pushy.” Things then escalated, with Miller losing his temper at one woman in particular.

Prikið staff escorted the actor, who was upset and angry, off the premises following the incident.”

Pushy, aggressive fans, an actor who may be having a bad day…it rarely works out well.  We’ve yet to hear from Miller on this, or from Warner Bros., but expect something to happen. This won’t be allowed to sit idle for long. Miller is part of two very fan-friendly pop culture franchises, and being caught treating a fan this way isn’t a good look. The vid is below. Watch it if you’re not someone particularly sensitive to violence.

A video of Ezra Miller choking a fan and throwing her on the ground has surfaced. According to the person who took the video, he also spit on them multiple times. pic.twitter.com/gQl53ngvrd