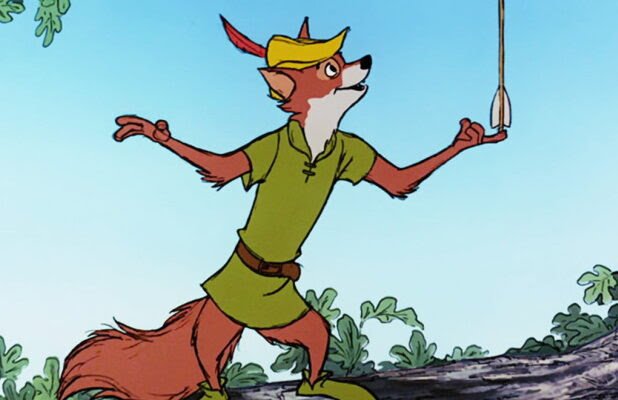 Growing up there was one Disney animated movie I loved more than the rest: 1973’s Robin Hood. It reimagined the woodland hero as a sly fox, joined by his band of Merry Men, such as Little John the bear and the badger Friar Tuck. I watched the movie a bunch of times, and even had the LP to listen to. To me, it’s still better than every Robin Hood movie since. And now, Disney is making it the latest of their live-action remakes.

THR reports that Blindspotting director Carlos Lopez Estrada will direct the Robin Hood remake for Disney+. He’ll be working from a script by Kari Granlund, writer of Disney’s 2019 remake of Lady and the Tramp. The film will be a live-action/CG hybrid, which is interesting and implies there will be some human characters mixed in. I can’t imagine why.

The 1973 was both comic and musical, elements that Estrada will be bringing back with his version. His work on Blindspotting blended comedy, music, and spoken-word to tell a powerful story of injustice. Pretty sure he can do the same with a story on Sherwood Forest’s greatest hero.  Disney has been thinking outside the box with some of their director choices on these remakes. I liken Estrada’s hiring to that of David Lowery on Pete’s Dragon, and that turned out to be a tremendous creative success.